Leading Premier League stars in Wales have backed a 24-hour social media boycott in protest at an escalation of incidents of racial abuse online.

The campaign launched by the Professional Footballers' Association will urge players to stay off social media from 0900 on Friday morning after posting the hashtag #Enough.

Among those to boycott were Cardiff City players Junior Hoilett and Sol Bamba.

Swansea City did the same saying they "support our players stand against racism and discrimination."

#Enough We support our players stand against racism and discrimination.  https://t.co/EghACS4hk1 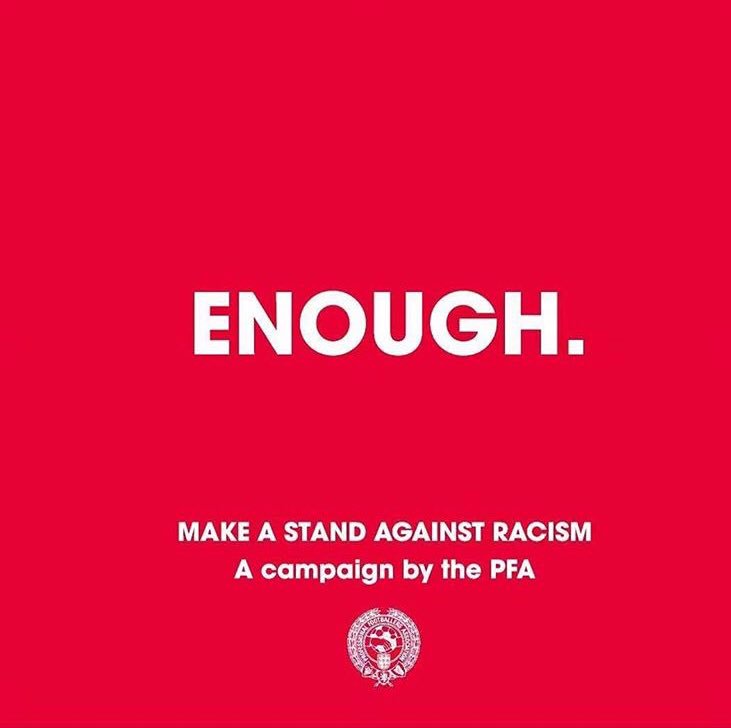 Simone Pound, Head of Equalities at the PFA, said: "Football has the power to do so much good in the world. We must always try to use the sport's popularity and influence to make positive change.

"Over the last few months we have seen a rise in appalling instances of racist abuse at grounds around the world, and on social media. We cannot stand by while too little is done to address this unacceptable behaviour.

"The PFA has always been at the forefront of tackling racism and we are reaffirming our commitment to all of our members. We will do all we can to put an end to the abuse players face on the pitch and online."

Manchester United defender Chris Smalling has given his strong backing to the campaign after he was abused on Twitter after his side's Champions League defeat in Barcelona this week.

Concern is mounting over racism in football after a spate of attacks on players both on social media and in and around stadiums.

Cardiff City boss Neil Warnock said he supports his players in their boycott calling anyone who sends racist abuse online as "cowards".

England's black players were subjected to repeated chants during their Euro 2020 qualifier in Montenegro last month, while Tottenham defender Danny Rose revealed recently he has "had enough" and "can't wait" to quit the game.

World governing body FIFA gave its backing to the campaign, saying in a statement on Twitter: "We support the initiative of the @PFA - FIFA is fully engaged in combating racism and discrimination, as clearly expressed by our President last week. FIFA is also preparing a concrete action with worldwide impact that will launch a strong campaign against discrimination."

In response, a Twitter spokesperson said: "Our abusive behaviour policy prohibits action which attempts to harass, intimidate or silence another person's voice and we take strong enforcement action if violations are found.

"Progress in this space is tough, but we are deeply committed to improving the health of the conversation on the platform.

"To this end, we are now suspending 3 times more abusive accounts within 24 hours after receiving a report than this time last year. We'll continue building on this work to prioritise the safety of our users."