Wales head coach Wayne Pivac has named five uncapped players as he prepares for his first fixture in charge against the Barbarians.

Three other uncapped players named are Ashton Hewitt, Shane Lewis-Hughes and Taine Basham, while 22 of the squad were involved at the Rugby World Cup.

The former Scarlets coach will encounter a Barbarians side coached by his Wales predecessor Warren Gatland, whose 12-year reign ended after the World Cup in Japan.

On announcing his first Wales squad, Pivac said: "It is great to get the squad announced and get the ball rolling on our first meet-up and first fixture next week.

"This Barbarians game is a great chance for us as a new squad and management to get together and to set the scene for what we are looking to do. Having this opportunity ahead of tournament rugby in the Six Nations is ideal for us.

"It is also a great chance for some players to really put their hand up and show what they are about and take to the field in front of a big crowd at home."

📹 Pivac excited to get going with Wales.... https://t.co/RlRpunTmm1 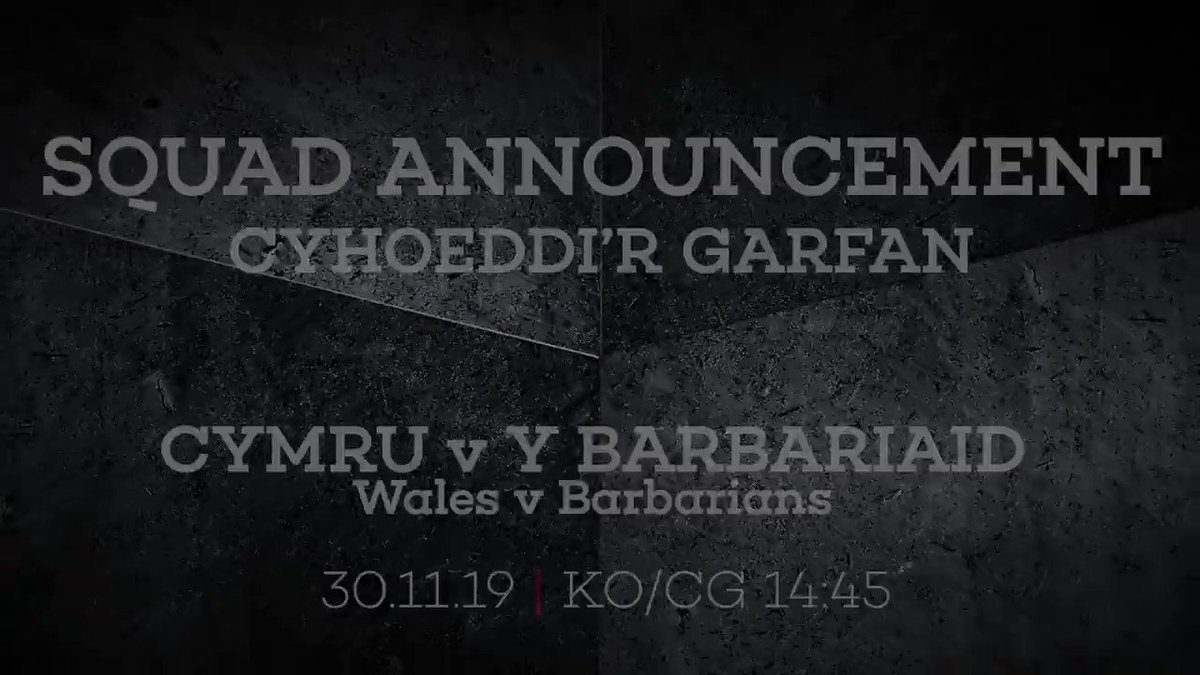 Wales captain Alun Wyn Jones is among a number of star names not included because of injury. The team have been faced with a number of blows including Jonathan Davies and Rhys Patchell who sustained injuries at the Rugby World Cup.