Fifa's Council has voted unanimously in favour of expanding the World Cup to 48 teams from 2026.

Wales are expected to climb to as high as 11th in FIFA world rankings when they are officially released today.

Wales went into Euro 2016 as 26th in the world but are expected to be unveiled as the top-ranked team in Britain.

The Wales football squad has moved above England in the Fifa rankings for the first time ever.

Two Welsh Labour MPs have added their voices to the calls for Sepp Blatter to stand down as President of FIFA following the arrests in Switzerland as part of an FBI anti-corruption investigation. The Football Association of Wales has said it will vote against Sepp Blatter's re-election as FIFA President.

Rhondda MP Chris Bryant, who's the new Shadow Secretary of State for Culture, Media and Sport, spoke on behalf of the Labour Party when the FIFA arrests were raised at Westminster.

Yesterday the whole world saw that beneath the mask the beautiful game has a very, very ugly face. Can anyone be in any doubt at all that FIFA is rotten to the core and needs swift and wholesale reform? What is particularly galling is that the value of the World cup is not created by FIFA but by the many millions of loyal fans around the world. Football belongs to the mums and dads taking their children to their first match and to the youngsters lining their bedroom walls with posters, not to the fat cats who have creamed off millions of pounds for themselves. Is it not inconceivable that Sepp Blatter should continue in post now that his own election as president in 2011 is under investigation by the Swiss authorities?

Stephen Doughty MP suggested that Sepp Blatter was not the only FIFA officlal who should quit. He said that after years of allegations about the Zurich based organisation, the Swiss authorities also had some questions to answer.

I share the incredulity of many football fans that Sepp Blatter and the senior leadership of FIFA can remain in their positions after these allegations, which have been going on for some time. Does the Secretary of State agree that the Swiss Government need to take a serious look at how they regulate and oversee the activities and finances of international sporting organisations, including not only FIFA but the International Olympic Committee, UEFA and many other bodies located in Swiss territory?

The Secretary of State, John Whittingdale, said the Swiss authorities were now clearly taking the matter very seriously and working with the FBI. He said a change in leadership at FIFA was badly needed and he was pleased that the UK's four football's associations were all backing UEFA's call for action. He added that "this is merely the latest sorry episode to suggest that FIFA is a deeply flawed and corrupt organisation".

The Football Association of Wales (FAW) says its executives will be voting for Prince Ali bin al-Hussain of Jordan in the Fifa Presidential Elections tomorrow.

It comes amid continued allegations of corruption at the very top of world football.

The Football Association of Wales representatives, Chief Executive Jonathan Ford, President Trefor Lloyd Hughes and Vice President David Griffiths, who are currently in Zurich for the 65th Fifa Congress, have confirmed that the FAW will be voting for Prince Ali bin al-Hussain of Jordan in the Fifa Presidential Elections tomorrow.

Wales winger Gareth Bale joins Lionel Messi and Cristiano Ronaldo among the leading contenders for *FIFA's Ballon d'Or award. *The 23-man shortlist for the prestigious world player of the year award was today, with the winner to be unveiled on January 13 in Zurich.

Bale has yet to set the Primera Division alight following his 100million euros transfer from Tottenham and, with the Wales forward battling to return to full fitness, he is also still to complete a whole match for his new club.

He was named in the starting line-up for Saturday's Clasico against Barcelona but was replaced an hour into the 2-1 loss.

"In the last few games he hasn't done extraordinary things, but a player who arrives at a new team, in a new culture, needs time to adapt," said Ancelotti.

"The problem the player has is of adaptation. It's not the same to play in Spain as in England."

Ancelotti also laughed off any suggestion that Bale's price tag had an influence on his decision to start him against Barca.

Gareth Bale posted the new cover of the FIFA 14 game, with him in his new Real Madrid kit, on Twitter.

He admitted it was "great to finally get back to playing" for Wales last night, after an injury lay-off.

The world's most expensive player said he "can't wait" to get to Madrid now, after the international break and ahead of a potential debut on Saturday. 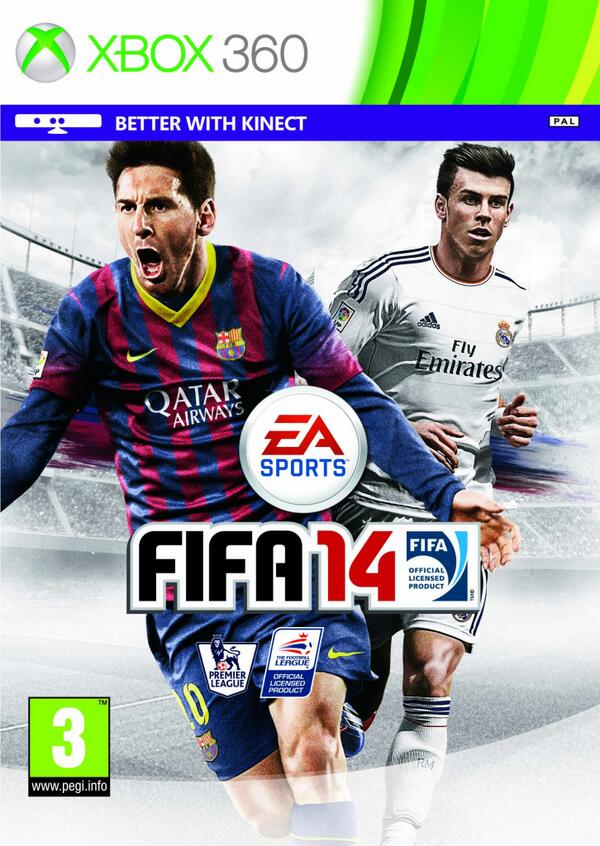 Great to finally get back to playing tonight, shame about the result though. Can't wait to get to Madrid tomorrow #halamadrid

Gareth Bale's world record transfer from Tottenham to Real Madrid has been recognised by an updated cover of the video game FIFA 14.

The £85m move finally went through 10 days ago, making the Wales' star the world's most expensive football player.

Bale has been suffering with a foot injury - and made his first appearance since July as a substitute, as Wales lost 3-0 to Serbia last night.

He could play for his new club for the first time against Villarreal on Saturday.

This YouTube video shows how Gareth Bale's footballing technique was captured for the upcoming FIFA 14 game.

The Welsh footballer is pictured on the front cover of the game alongside Barcelona's Lionel Messi.

Welsh footballing star Gareth Bale will feature on the front cover of the next edition of the Fifa football game. Bale tweeted a photo of himself on the front of the game alongside Barcelona player, Lionel Messi. 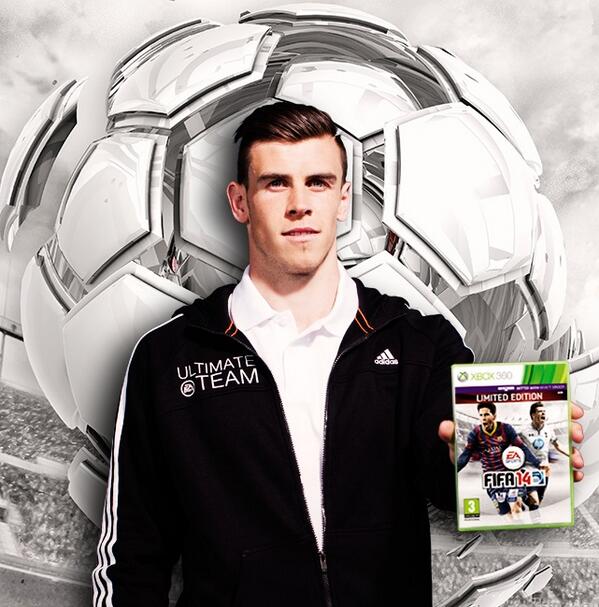