Police forces have issued Halloween appeals on what is traditionally one of their busiest nights, to reduce the number of anti social behaviour incidents. Lorna Prichard reports from one group who have organised a safe celebration in Conwy.

Trick-or-treaters have been issued with a list from North Wales Police to ensure that they have a safe Halloween.

For many Police forces across Wales, Halloween is one of their busiest nights of the year.

Advice and warnings for Halloween have been issued by North Wales Police. Those out trick or treating have been urged to respect the messages of special posters released for the occasion.

Happy Halloween! Remember, if you see this poster whilst out trick or treating please respect #BANG #InFocus #ASB http://t.co/aJsUlqJQSx 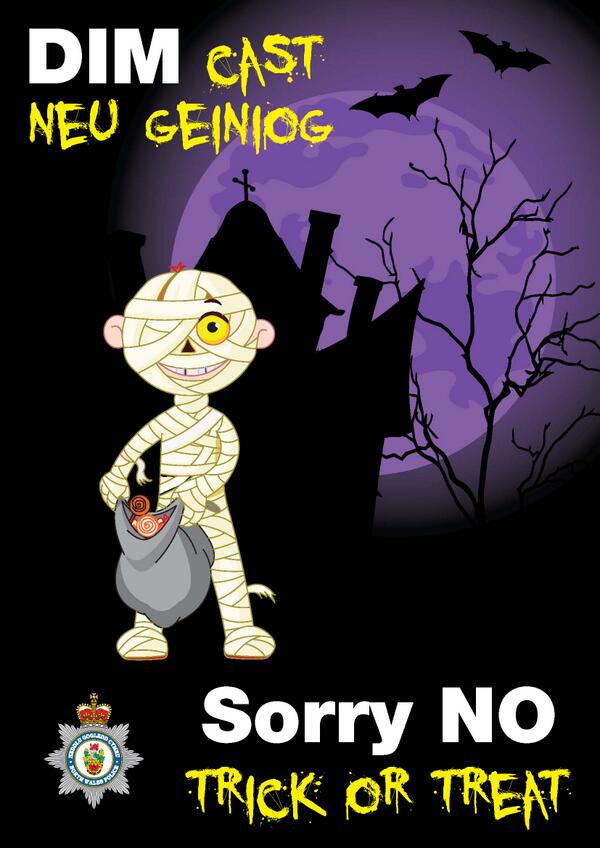 Many retailers across North Wales are placing these posters in their premises #thankyou #BANG #InFocus #ASB http://t.co/HsFKYPYkMX 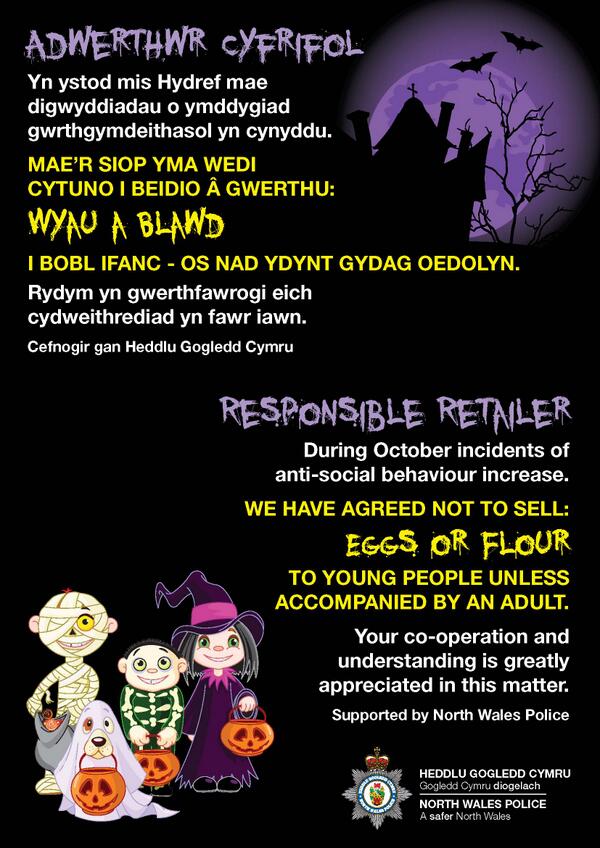 Police forces across Wales are issuing Halloween appeals on what is traditionally one of their busiest nights. South Wales Police says it will be putting on extra patrols and reassurance visits to reduce the number of anti social behaviour incidents.

Operation Be A Nice Guy (BANG) will see officers reassuring the communities that everything possible is being done to ensure that the tricks and excitement of both events do not turn into anything more disturbing. Police officers will be actively patrolling the Cardiff Bus network.

Inspector Andy Smith said, "Residents can be rest assured that we will not tolerate those who use Halloween and Bonfire night as an excuse to indulge in criminal or reckless behaviour, and there will be a very visible police presence on the streets of Cardiff."

Halloween is less than a fortnight away - and no doubt pumpkins will soon be appearing on many of our doorsteps, windows and menus.

One Gower farmer looks prepared for customer demand - with a crop of more than 4,000 - partly thanks to good summer weather.