Plans to rename the Assembly the Welsh Parliament are dropped, so AMs aren't MWPs. It's now proposed to just use the Welsh word Senedd.

Independent AM Neil McEvoy has failed in his bid to get re-admitted into Plaid Cymru. He was expelled for 18 months in March but that's been cut to 12 months on appeal.

He'll have to re-apply for membership after that time.

Mr McEvoy was expelled after several complaints against him were upheld by the party's disciplinary panel.

But Mr McEvoy told ITV Wales "this is far from over" and went on to claim he's considering legal action against the party.

The Hearing Panel has resolved to uphold the complaints against Neil McEvoy. He is excluded from the party for 12 months. The decision of the Panel is final.

Plaid's leader accuses the First Minister of making "demeaning and patronising" comments, including comparing her to the arch Brexiteer.

Plaid Cymru AM Neil McEvoy admits it was inappropriate to hold a press conference in the Senedd about the Cardiff local election campaign.

AMs, Assembly staff and visitors have held a minute's silence in solidarity with MPs, who were also remembering those killed in the terrorist attack on Westminster.

It took place at 09:33, the same time as the minute's silence in the House of Commons. Meetings of Assembly committees were paused and the flags outside the Senedd lowered to half-mast.

We expect Assembly business to proceed as planned. Our security service and the police are working closely together. The police have increased the presence of armed officers around the Assembly estate and surrounding area as a precaution.

It's the First Minister's 50th birthday.

Pictures at Cabinet are normally verboten, but will make an exception this morning... https://t.co/gME9HWKfJt 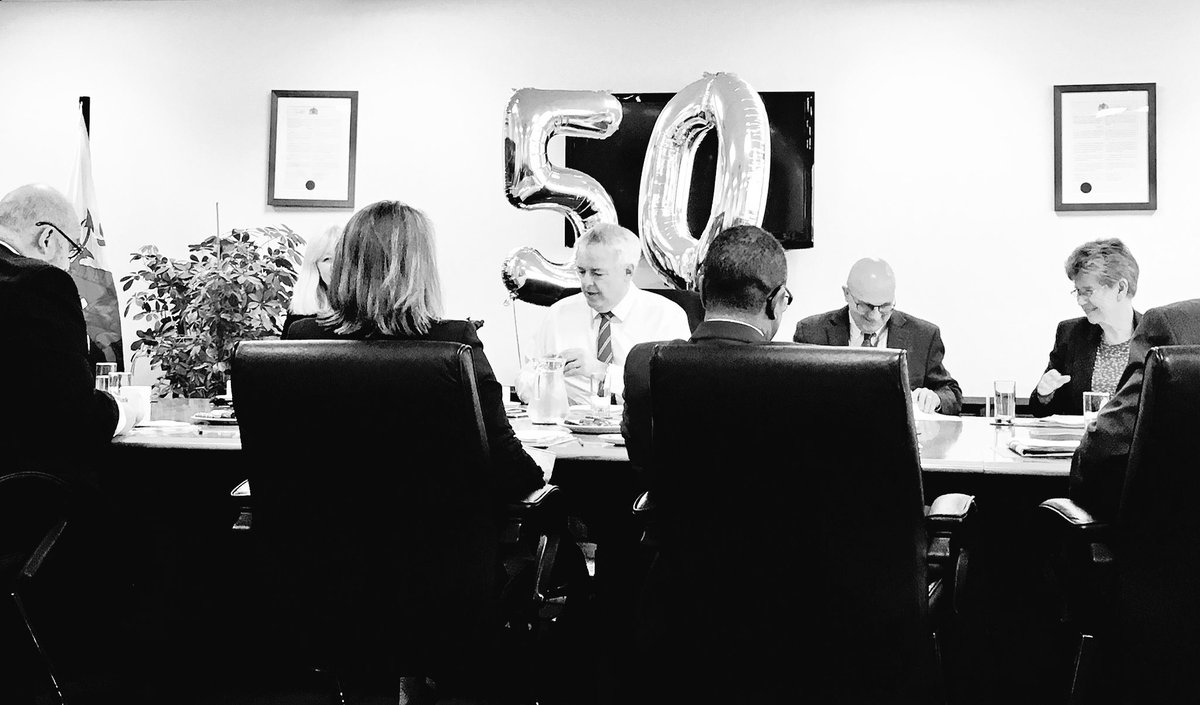 The Assembly appoints experts to look at the idea of electing more AMs at the next election in 2021, as the present 60 are "over-stretched".

Presiding Officer Elin Jones has told the Senedd that AMs, including ministers, should not resort to personal insults in the Assembly.

Dippy the Diplodocus sets off on a time-shifting tour of the UK in early 2018, bringing a flavour of the Jurassic to eight carefully selected venues across the UK including the National Assembly of Wales.

Then a decision was taken to retire Dippy from 2017 and replace him with the real skeleton of a blue whale.

The move went viral on social media with the launch of a Twitter campaign under the hashtag SaveDippy. More than 32,000 people signed a petition calling on the museum to change its mind.

The installation will attract thousands of people to the Senedd, the home of Welsh democracy. Working with our partners, we will provide unique learning experiences, linked to sustainability and science, for people of all ages.

We will also provide further opportunities for visitors to discuss Wales’s past and present and have a say about our nation’s future.

– Elin Jones AM, Presiding Officer of the National Assembly for Wales

MPs have been told Assembly members in Wales should be allowed to pledge their allegiance to the Welsh people rather than the Queen.