A choir from Llanelli is marking the centenary of the outbreak of the First World War with a special production.

The Hywel Girls’ Choir & Hywel Boy Singers will dress up in period costume for a musical tribute titled The Journey of Sacrifice. It'll include around 60 singers aged between seven and 16 years old. They'll be singing some of the most well-known war time tunes, including Pack Up Your Troubles.

“As a Welsh choir, it is very poignant to sing the popular war song Pack Up Your Troubles as this was written by two Welsh brothers, one of which committed suicide as a result of the war and the popularity of the song being sung by service men as they marched to their fate on the battlefield.” 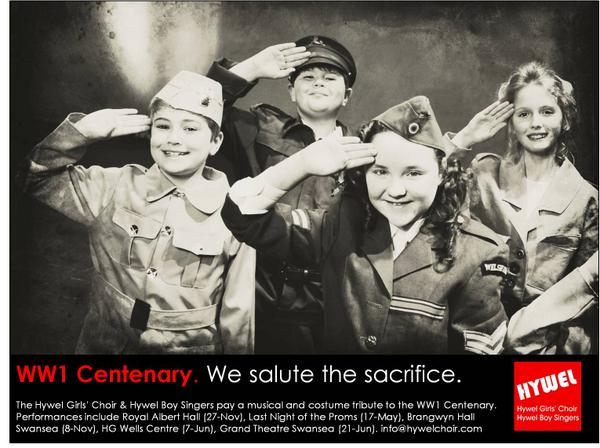