Four youths aged between 12 and 14 were arrested in Maerdy on Sunday evening and have since been bailed pending further enquiries.

In a separate matter, an 11 year-old boy was arrested in Taff; he, and others members of a group, were taken home to their parents by officers who gave them stern advice.

Deputy Chief Constable Matt Jukes has fired a "warning shot" to those intent on causing grass fires across the region.

He has promised to take robust action wherever possible on those caught setting their communities alight.

What is most concerning is that we believe that many of these grass fires are being cause by children. This must be addressed and everybody can do their bit in the community. Teachers, neighbours, shop owners, but most importantly parents or carers have a role to play and can make a stand against this recurring problem. 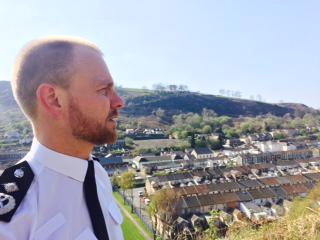