Wael al Qadi is not a man who fears the limelight.

The new Bristol Rovers president spent most of Saturday afternoon in front of the cameras - both those of the fans and those of the media - and seemed to enjoy every moment.

Before kick-off at the Memorial Stadium the banker from Jordan, whose family is rumoured to be worth £1.4 billion, decided to take a stroll around the terraces, say hello to the supporters and even take pictures with them.

@waelalqadi you made my dads day thank you #utg https://t.co/hXRmXbUbIp

At half-time he entered the pitch with his nearest and dearest to reveal a blue and white quartered shirt and greet his fellow "gas-heads" with an infectious enthusiasm.

After the final whistle he readily came into the press room, conducted his interviews and even shook hands with many of the gathered journalists.

Now none of this is the behaviour of a conventional football owner, let alone a man worth billions. It's not the norm to be this likeable. Could you, for example, imagine Roman Abramovich taking selfies with the supporters? Or the Glazer family exchanging pleasantries with the press?

But then this is not, by any stretch, a conventional take-over. This is a League Two club with almost nothing going for it suddenly finding itself with riches beyond its wildest dreams.

Quite literally overnight, everything has changed for those who follow Bristol Rovers. Suddenly the possibilities are endless. A new stadium and promotion - things that a few days ago looked a long way off - could be just the tip of the iceberg.

One fan who had been coming to watch Rovers for 58 years told us he had never seen anything this big happen there. Another said he remembered watching Bobby Robson and Tom Finney play against the Pirates but never imagined something like this.

In fact almost all the fans we spoke to before the game were genuinely excited; almost none were cynical.

The Al Qadi family are here at the Memorial Stadium. Given a standing ovation by all sides when introduced https://t.co/NUUfeTgzv9 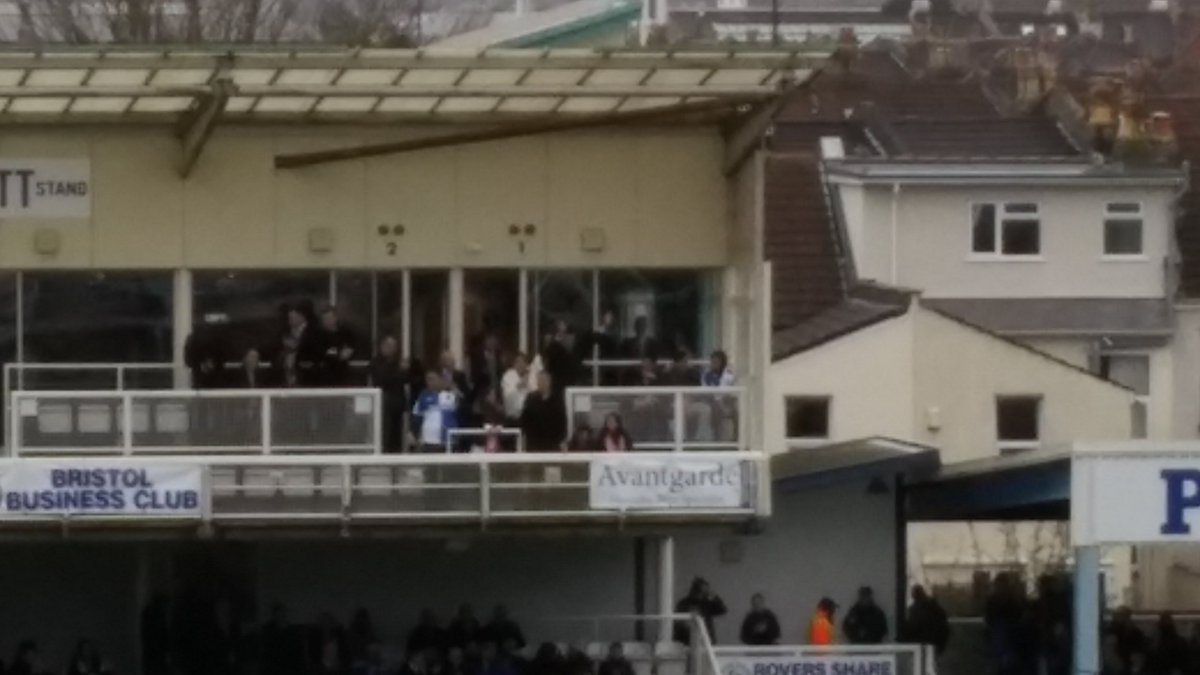 It has not taken long for Mr al Qadi to win them over. That may be because he's said all the right things. He's emphasised that he's here for the long-haul and that there's no quick fix to get Bristol Rovers moving up the leagues.

He's made it clear he's much more interested in making the football club a good one than making money from the investment. He does genuinely seem to love the game.

Either that or he is a very capable actor, because he had to sit through a less than inspiring example of the beautiful game on Saturday. In horrible wind, lashing rain and freezing conditions both Morecambe and Rovers were unable to show any real quality on the pitch.

The game was memorable for a strong come-back from the Pirates who showed grit and determination to turn defeat into victory in the space of 10 second half minutes - Rory Gaffney and Billy Bodin with the goals.

New owners have made Rovers one of the richest clubs in the country overnight but fans admit success will take time. https://t.co/fNGFxzwcwg 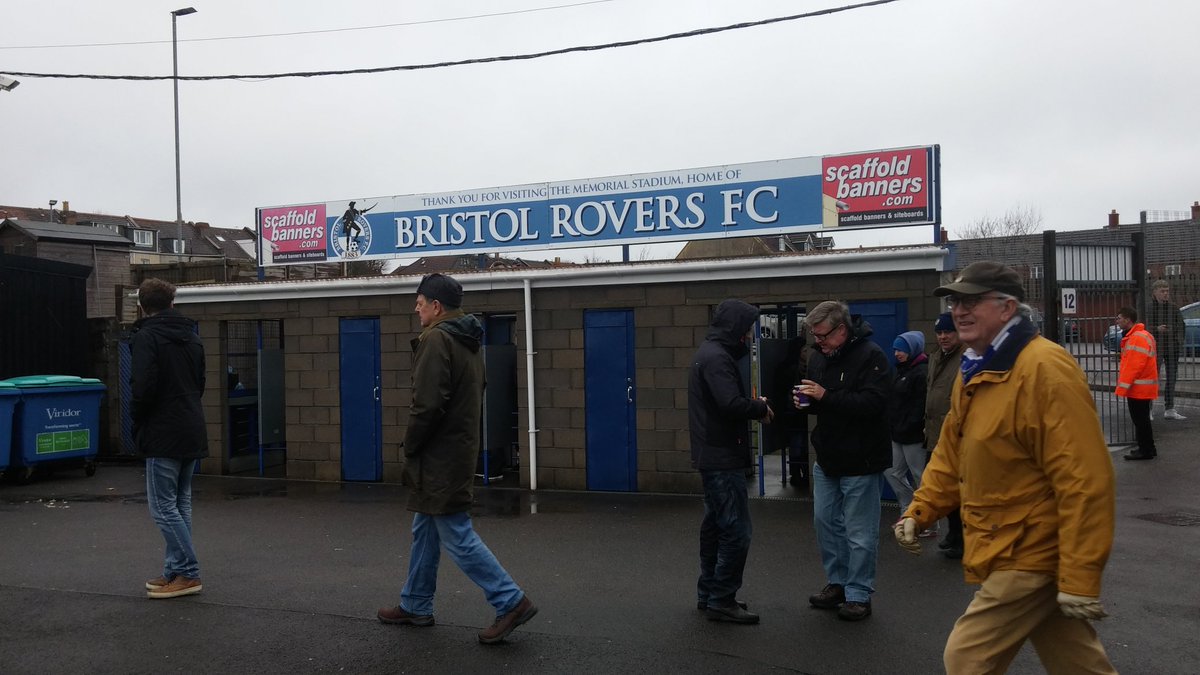 However happy Mr al Qadi seems, he must know there are big challenges ahead. Rovers do desperately need a new stadium and are locked in a High Court battle with Sainsbury's over selling their current one. There's a squad that will need strengthening and a management team that will need backing.

It will take patience and time to get Bristol Rovers to where he wants. But all the evidence suggests their new owner will have that. 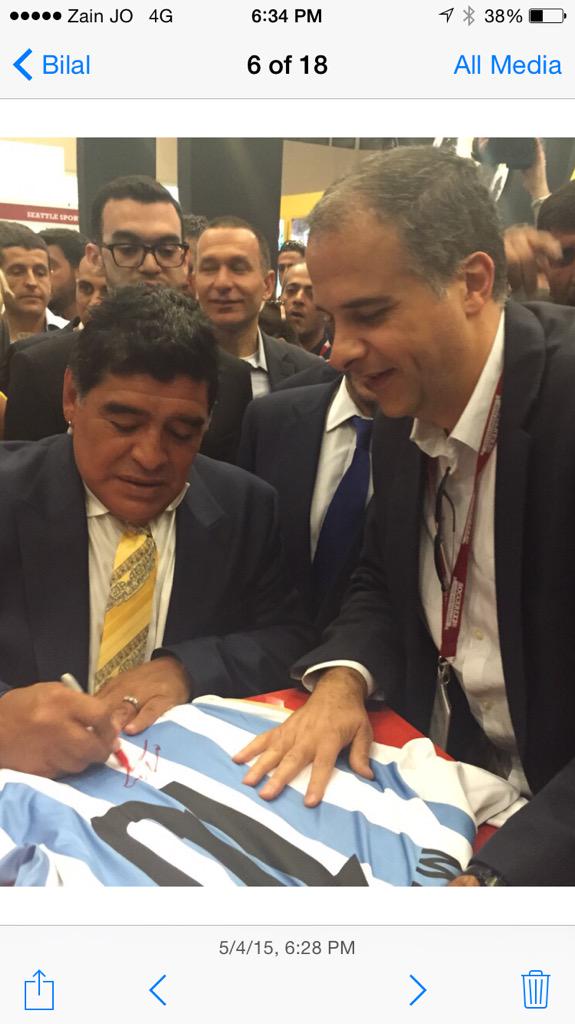 It was a telling detail of the weekend that perhaps the most interesting moment did not happen at the Memorial Stadium on Saturday but in London on Sunday. Mr al Qadi was spotted on TV at Stamford Bridge to watch Chelsea versus Man City in the FACup, sitting just a few rows behind the Man City substitutes.

It's the legacy of an education at Westminster School in London, during which he used to go to Stamford Bridge often. But it's also a detail that demonstrates how much of a fanatic he is. From Friday through to Sunday Mr al Qadi spent his time living football.

If his commitment remains that strong, perhaps Bristol Rovers may not be as far from glory as they seem now.