A doctor who was stalked for seven years has backed a call to increase sentencing powers for the offence.

Dr Eleanor Aston says her life was made a misery by a former patient who harassed and stalked continuously.

I've become paranoid, nervous, anxious, jittery, always looking over my shoulder, it got to the point where at times I couldn't go out of the house.

Her two local MPs have now launched a campaign to get the maximum sentence for stalking raised from five to ten years.

The movement by Alex Chalk, MP for Cheltenham, and Gloucester MP Richard Graham began after a top judge voiced his frustration he could not sentence Dr Aston's stalker for longer.

The MPs are calling on the Minister for Sentencing, Dominic Raab, to allow sentences of up to ten years for the most persistent stalkers.

Today @alexchalkchelt and I launched our campaign on stalking sentences. Read our report: https://t.co/6AhEfrgkm4 https://t.co/3YToGqLnpH 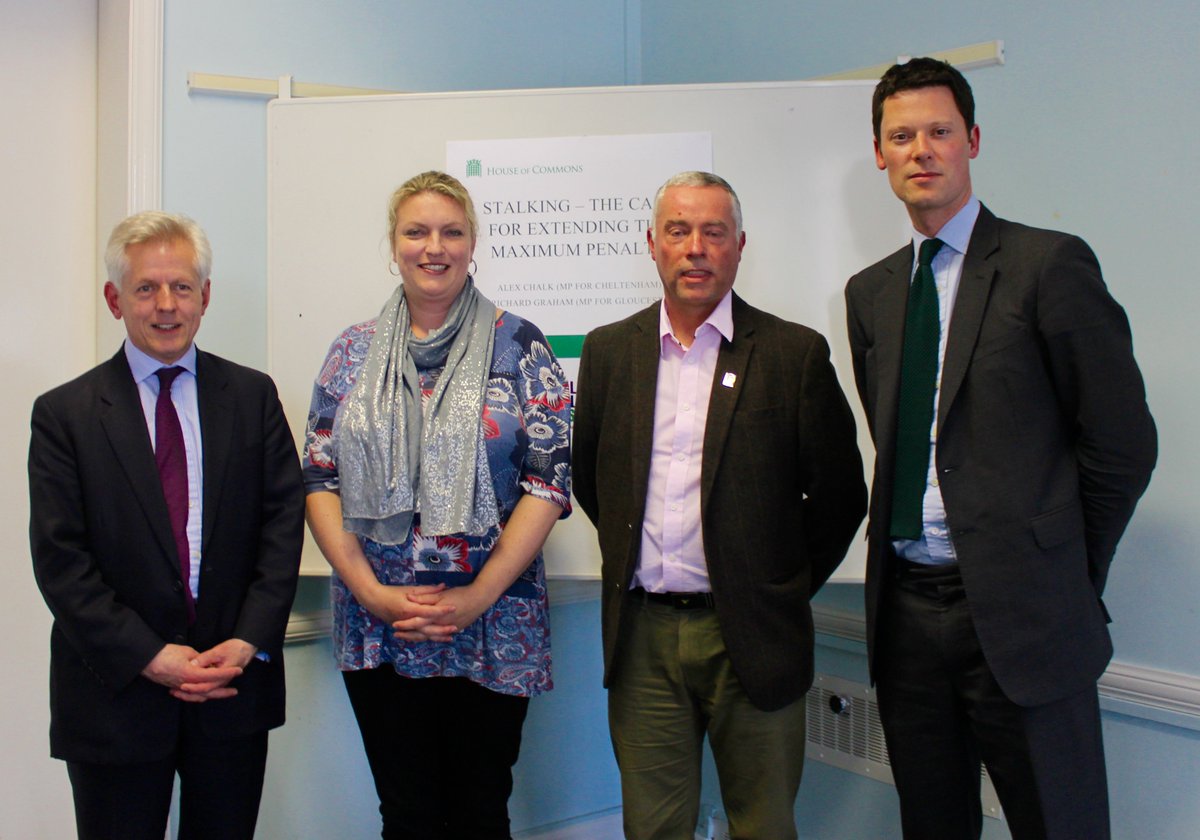 Dr Eleanor was subject to a persistent campaign by 74-year-old Raymond Knight, who became besotted with the GP, who worked at Hadwen Medical Practice in Abbeydale.

A restraining order was taken out against the pensioner in 2009, but continuously flouted it, appearing regularly in court after he was caught watching her surgery, going to her home and sending messages to her.

In May 2013 he was sentenced to three years and eight months in prison for his actions. But, after being released on licence half way through, he began stalking her again, sending threatening messages to her home and to her surgery.

Last May Kinght was handed a five year sentence - the maximum available to judges - by Judge Jamie Tabor QC, who voiced his frustration that he could not make it longer.

Knight has been diagnosed with a condition known as erotomania - he believes he has had an affair with the doctor and that he is the father of her children.

The two MPs say it is wrong the penalties available for pests like Knight are lower than a judge could pass on a thief for stealing a chocolate bar.

Stalking is a horrible violating crime. It can shatter lives, but the law is failing victims.

The short maximum sentence of five years means judges hands are tied and they are having to let victims down.