The 25-year-old, who trains at Bath University, had been coy about her expectations for Rio in the build up, but gave a strong performance in the pool.

Her success - coming in after Kathleen Ledecky of the US, who won gold - came just moments after Adam Peaty took Team GB's first gold in the men's 100m breaststroke.

Jazz says she was gobsmacked.

I wanted to come here and give it absolutely everything and have no regrets. Sometimes you swim and think I could have a bit left but I wanted to get myself into the race rather than always having to catch up and then absolutely go for it.

I could see Katie was a bit in front and having a great swim so I just tried to hang on and am gobsmacked to come away with silver. I can’t believe the time as well, I’m so happy!

It is particularly poignant as Jazz was tipped for a medal at London 2012 but was struck down by glandular fever.

Four years ago I was sat in the stand cheering Team GB on but now I’m actually part of the team and to come away with a silver medal is absolutely amazing. I was in the pool room watching Adam and I had goose bumps on the block. To see someone who’s your team-mate achieve a new world record and become Olympic Champion right before you swim definitely got me pumped up.

Jazz took to Twitter earlier today to express her joy

Tonight was a night I will never forget...Never give up on chasing your dreams  https://t.co/wKY44eGR94 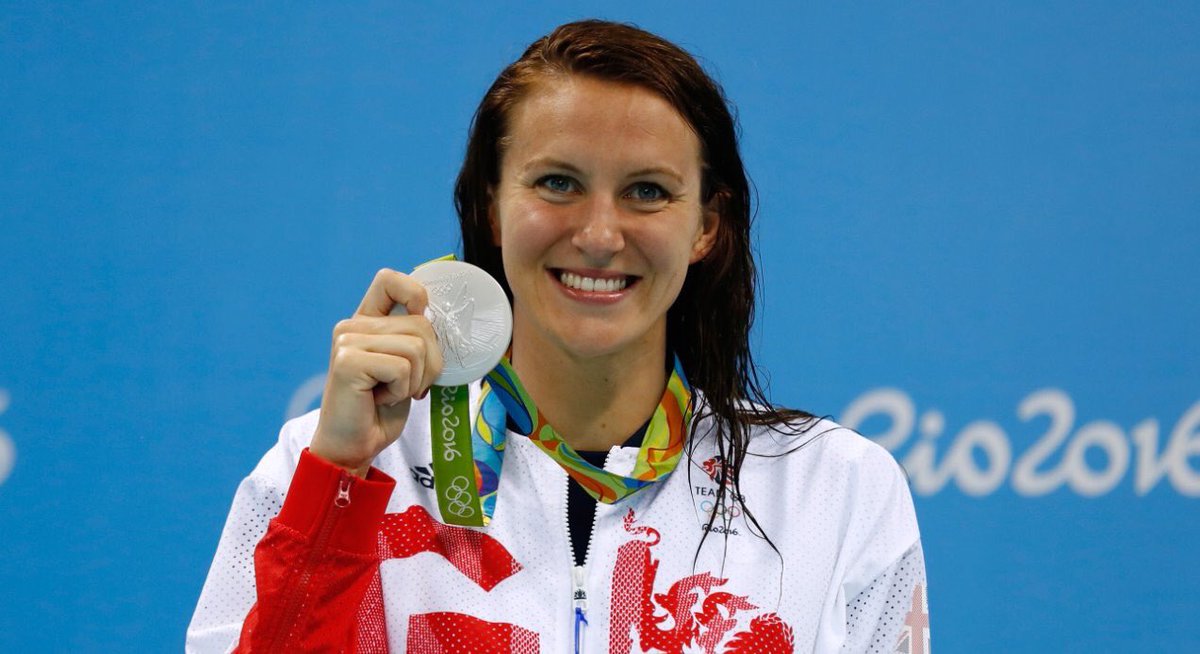