Emergency services are searching rubble after a major cliff collapse at West Bay in Dorset.

The rock-fall happened on the East Cliff side of the Bay at around twenty to eight this evening.

Cute evening down the beach chilling, next thing you know part of the Clift had fallen down  #WestBay https://t.co/rxVrJBH5U4 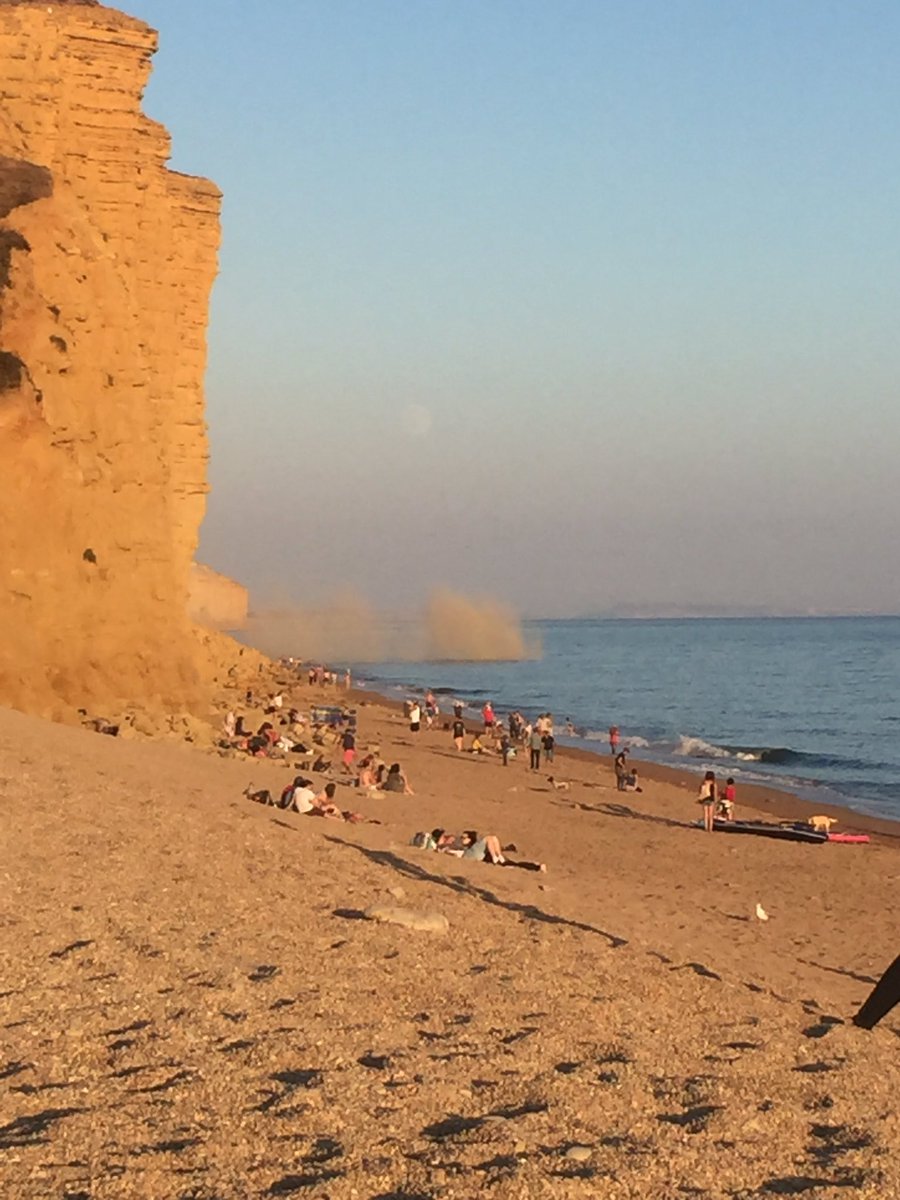 Police, the ambulance service, the coastguard, fire service and a helicopter with thermal imaging equipment have all been involved in the emergency response.

However police say it is not believed anyone is trapped after the fall. Chief Inspector Steve White of Dorset Police said:

Although at this stage it is not thought anyone has been trapped by the fall I would appeal to the public that In the unlikely event that you are aware of someone who has not returned home from West Bay this evening, please report the details to the police urgently via 999."

"We would like to remind people that the cliffs remain unstable and it is possible further rock falls could occur. We urge the public to obey warning signs, not to stand near the edge of cliffs or stand directly underneath them. Landslides and rock falls can happen at any time and without warning."

Local authorities are aware of a rockfall at West Bay which was reported at 1940. No fatalities are believed to have occurred.