The Westbury cement works chimney has been demolished, marking the symbolic end of cement production in the town.

The 400ft structure was brought down at 7am this morning and over 2000 people turned out to watch.

The Westbury chimney is no more... https://t.co/Bxr9VOYchR 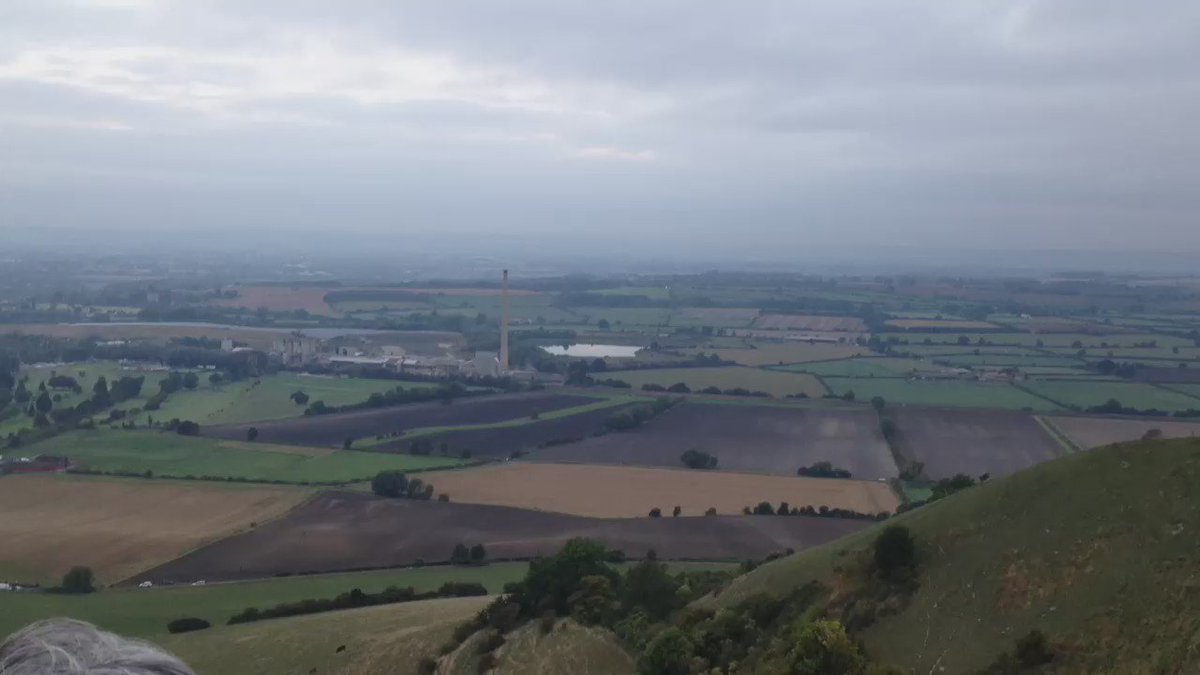 The former Blue Circle cement factory was mothballed in 2009, rendering the chimney redundant and potentially unsafe.

Here's the moment it came down (video courtesy of Skynamite):

The controlled explosion button was pressed by nine-year-old Lily Sargent who had won a local school competition to draw a picture of the chimney.

Members of the public were not allowed onto the factory site but many viewed the demolition from the White Horse Hill, where Trowbridge Town Crier Trevor Heeks provided a countdown.

The chimney was designed to fall onto neighbouring trees during demolition, rather than onto the adjacent railway. 200 detonators were used.

Tarmac has brought the factory site and will use it for cement distribution by rail and road, but all cement production has finished and two-thirds of the factory will be demolished.