The Archbishop has said there are "huge amounts of fear" as a result of Donald Trump's election.

Speaking in his first interview since the Presidential result, Justin Welby spoke of the need to "find calm" in the situation.

The Archbishop warned against using "personalised forms of disagreement" and "savagery" - something which has often been used to describe the American political race.

He said their use had "stirred up emotions of hatred from deep within people", which - he added - were, "a thousands times worse than they have ever been in our past."

They unleash forces that their starters cannot then control.

We have to stand against that and say yes, robust disagreement - wonderful, freedom of the press to comment - marvellous. The use of stuff that is designed to stir up hatred and bitterness is unacceptable.

– The Archbishop of Canterbury

Speaking in Bath, as he toured the West Country, he said it would be presumptuous to begin criticising what had happened in America, but the campaign had been "clearly savage".

The Most Revd and Rt Hon Welby added that although politics had taken a turn into a bitter personality-led business, he did not believe the world should continue to conduct itself that way.

I think we need to challenge the bitterness and say that is not a good way of dealing with issues.

We saw this in the 20s and 30s, that was bad - but we are now in a time where inflammatory comments, bitter comments, personalised attacks spread instantly around the world in a way they have never before done in human history.

– The Archbishop of Canterbury

Following the announcement of the result, The Archbishop released a statement on social media calling for Mr Trump to be given "wisdom, insight and grace" as he takes up the role in January. 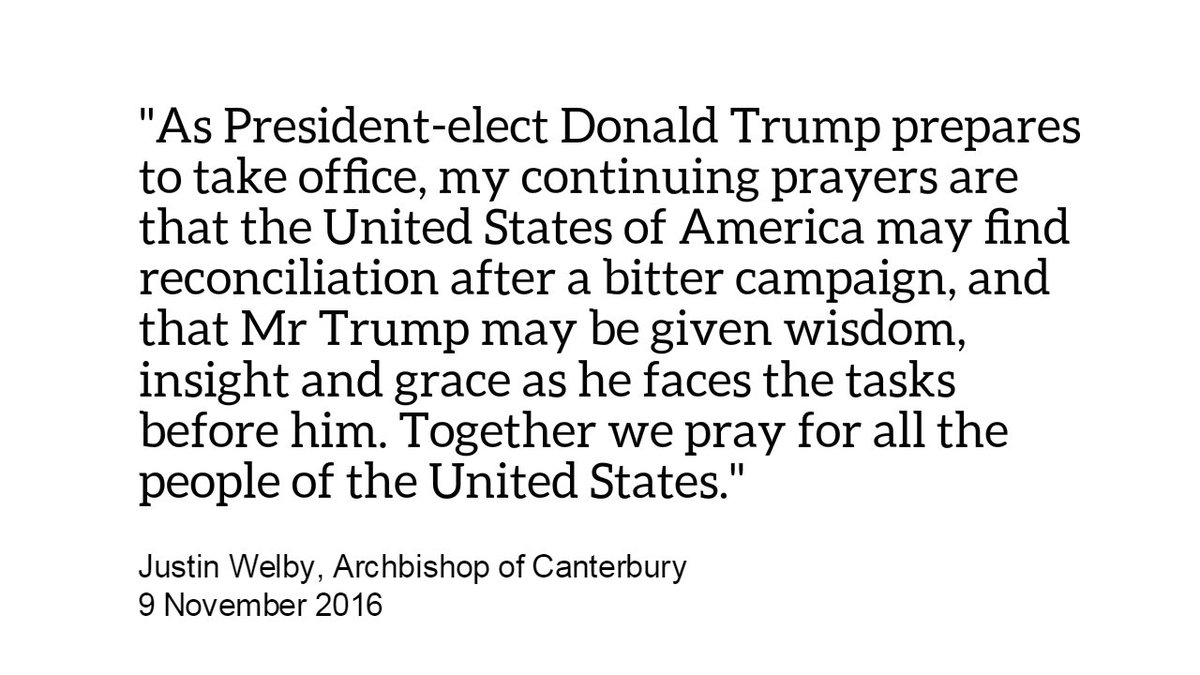