The protest was organised in response to the White House's ban on immigration from certain Muslim countries.

Young and old are involved in today's gathering in the city centre.

Organisers also demanded that Theresa May cancel her invitation to Mr Trump to come on a state visit to the UK later this year.

The rally in the city centre has been organised to coincide with another march through London today. 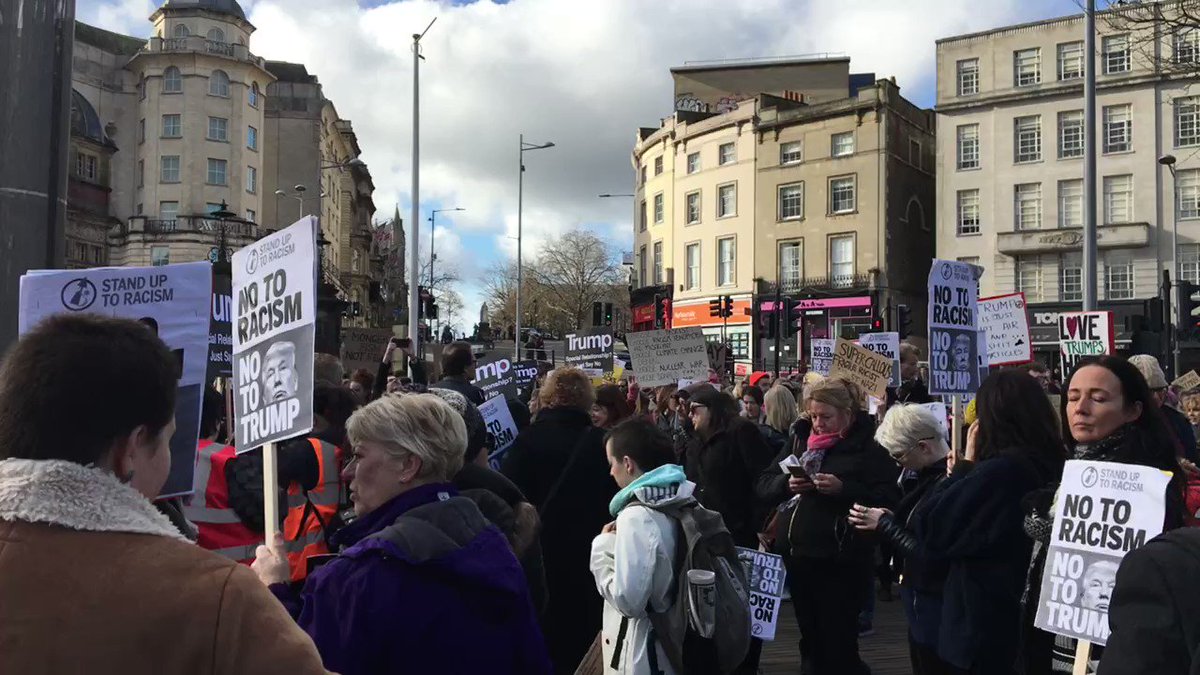