Theresa May has told a business in the West Country that voters in the South West have a "vital" role to play in this election.

On a visit to a factory near Bath, the Prime Minister also insisted she has no regrets about calling a snap election despite falling poll ratings.

Mrs May denied she had made an error of judgment over controversial social care reforms and claimed the choice facing voters had not changed since the campaign was launched.

Asked if she regretted calling the election, Mrs May told ITV News: "No. The only poll that matters is the one that takes place on June 8, and when June 8 comes the choice that people will have is actually the same as it was at the beginning of the campaign."

PM tells a business near Bath that voters in the South West are vitally important in this election. https://t.co/u21vDaQvs6 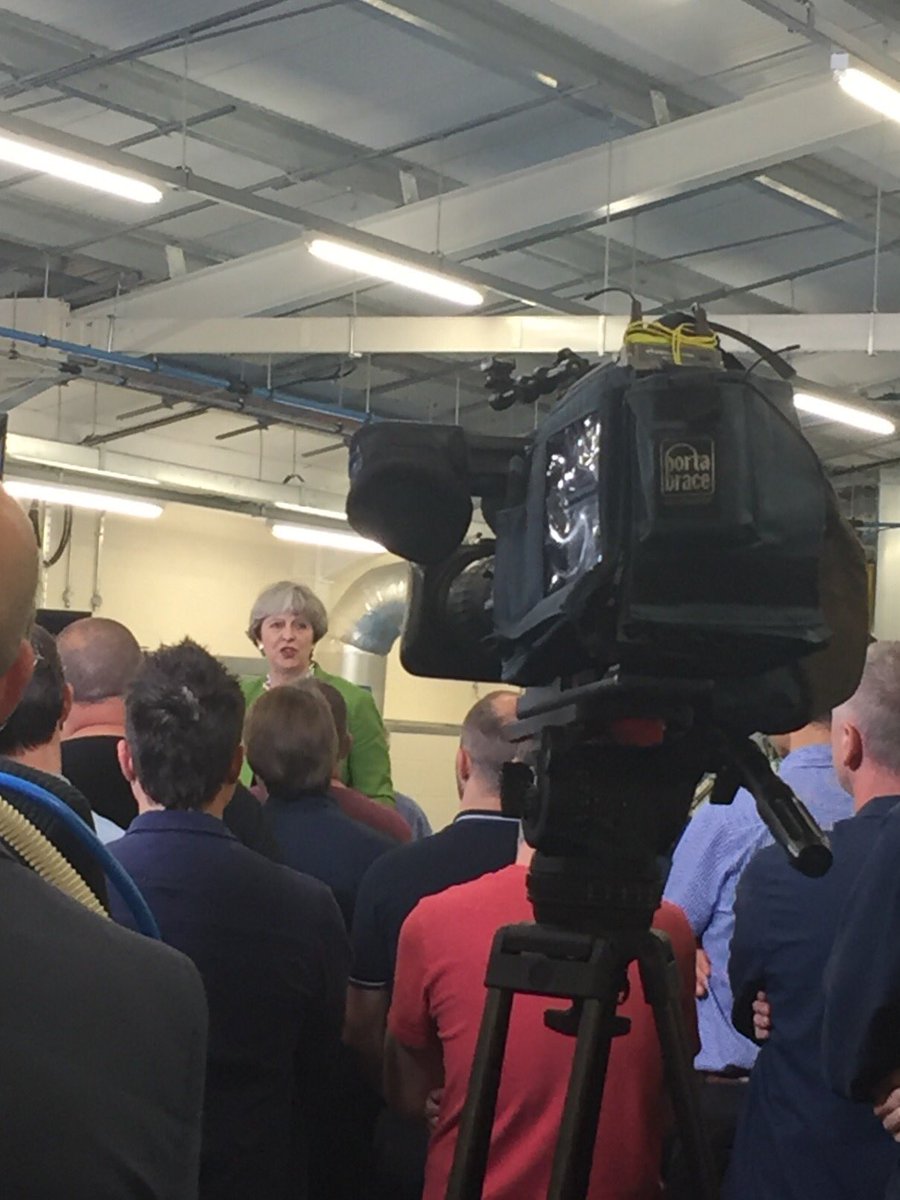 The Prime Minister has also been out and about meeting visitors to the Royal Bath and West Show today.

It's the first time Mrs May has been mingling amongst the crowds. This is what those who met her had to say:

Mrs May also paid an early morning trip to Plymouth Fish Market - her second since the election was called.

For the fishermen and trawler agents working at Sutton Harbour they appeared to appreciate the interest the Prime Minister took in their work.