Revolutionary American politician Bernie Sanders was in Bristol this morning where he addressed a sell-out crowd.

Hundreds watched Senator Sanders at St George's hall and at cinemas in the Watershed via livestream.

The political figurehead stormed into international headlines as the democratic candidate in the US election last year. Despite winning 13 million votes, he was beaten to the nomination by Hillary Clinton.

Tickets for his 'Festival of Ideas' talk sold out in under an hour.

He gave the crowd an insight into the campaign and shared the experiences and ideas which shaped it. He also argued for a progressive economic, environmental, racial and social justice agenda that creates jobs, raises wages and protects the planet.

Some of those attending the event said he received a standing ovation before he'd even started to speak. 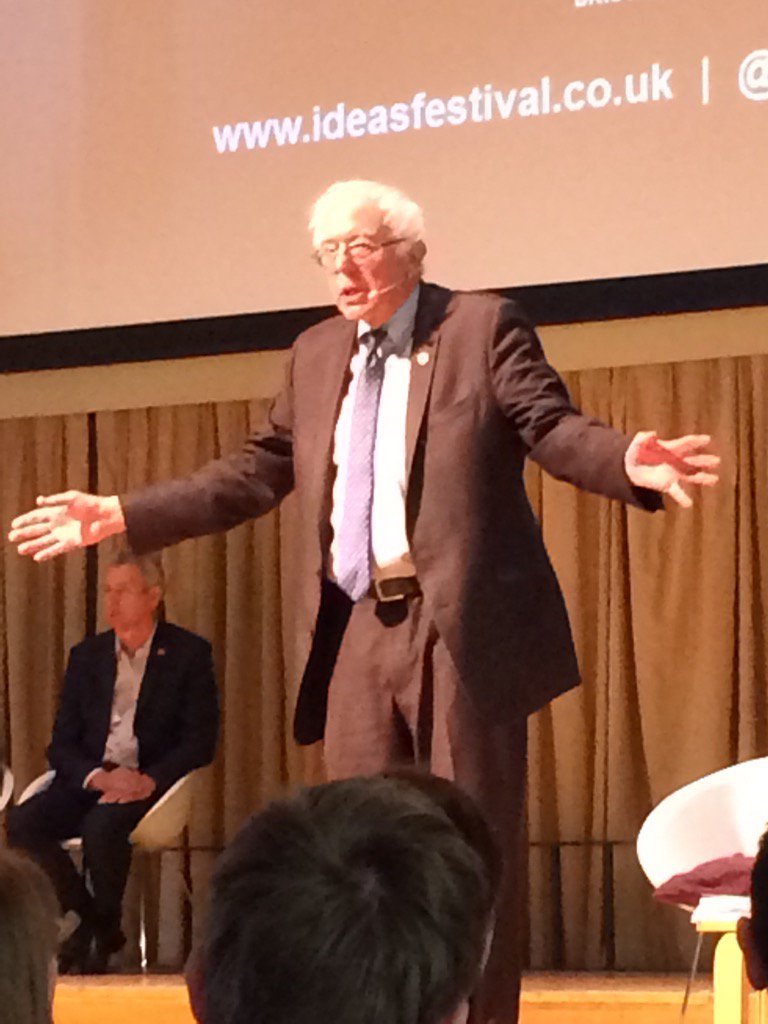 A passionate & inspirational speech by Bernie Sanders at St George's. Many issues that resonate so closely with Bri… https://t.co/36dy7eJQSs