A soldier who was based in Wiltshire has died after an incident in South Wales, the Ministry of Defence has confirmed.

The soldier was from the Royal Tank Regiment which resides at the Tidworth Barracks near Salisbury.

Three others were also wounded in the incident at Castlemartin Ranges in Pembrokeshire on Wednesday. 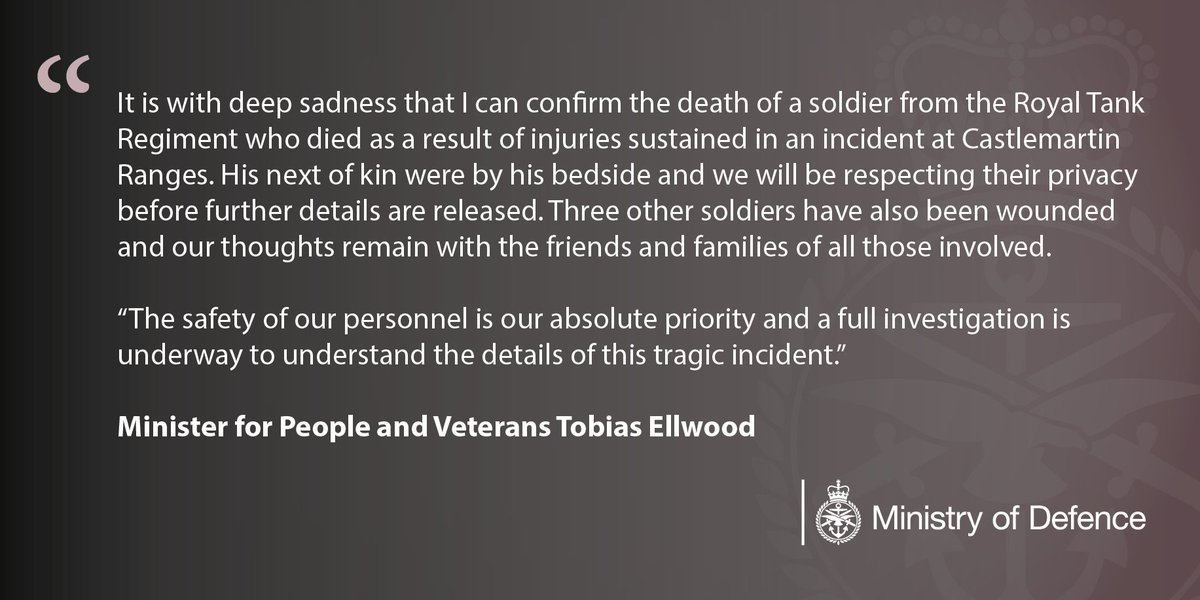 The Minister for People and Veterans Tobias Ellwood said:

It is with deep sadness I can confirm the death of a soldier from the Royal Tank Regiment who died as a result of injuries sustained in an incident at Castlemartin Ranger.

His next of kin were by his bedside and we will be respecting their privacy before further details are released.

The safety of our personnel is our absolute priority and a full investigation is underway to understand the details of this tragic incident."