Dozens of protesters have stormed the headquarters of Gloucestershire county council today, spraying graffiti on the doors, as part of a campaign against the building of a massive new waste incinerator.

The campaigners have been chanting through loudspeakers within the foyer of the Shire Hall in Gloucester, where a full meeting of the county council is underway - the first since last month's local elections.

Today's invasion is the latest episode in a long-running battle between the council and a vocal group of protesters who want the decision to build a £500 million incinerator at Javelin Park reversed - even though work has now begun after years of debate. 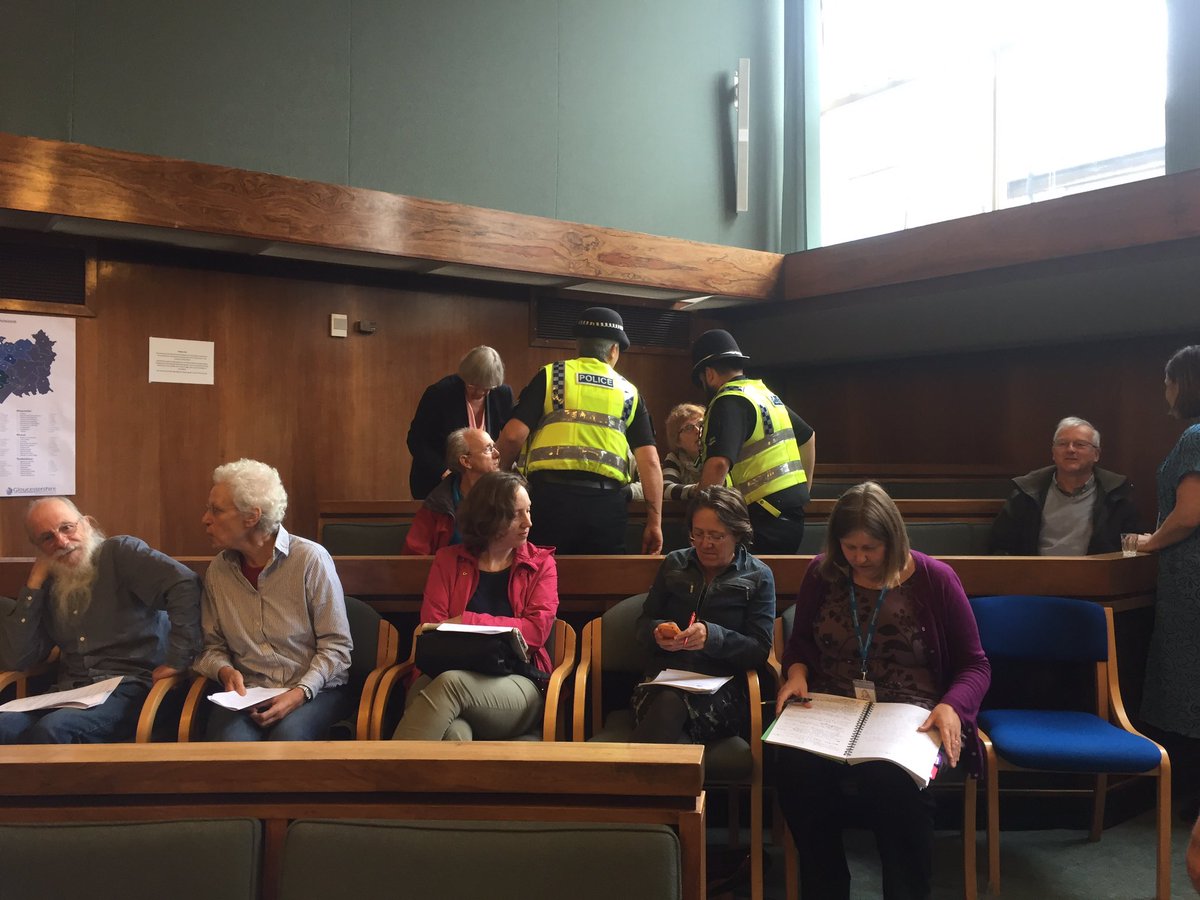 The protestors claim the incinerator is outdated old technology which will cause air pollution as well as being a blot on the Cotswolds landscape.

But the county council and itgs contractors Urbaser Balfour Beatty say it is necessary to reduce the county's reliance on landfill tips.

Plans for the £500million incinerator were first proposed in 2012 and opposition from environmentalists quickly followed.

The county council eventually voted against the plan - only for the contractors to appeal successfully against the decision.

The plans were given permission by the government after the appeal.