Firefighters in Brixham had a dramatic start to the day when they were called to a sinking trawler in the harbour.

Five fire engines arrived around 8.30am to save the Jordan A trawler, which was sinking in the Middle Quay. They spent several hours pumping water out and finally managed to get it upright and stable.

Not a good morning for this skipper #brixham https://t.co/swnwBNNSiz 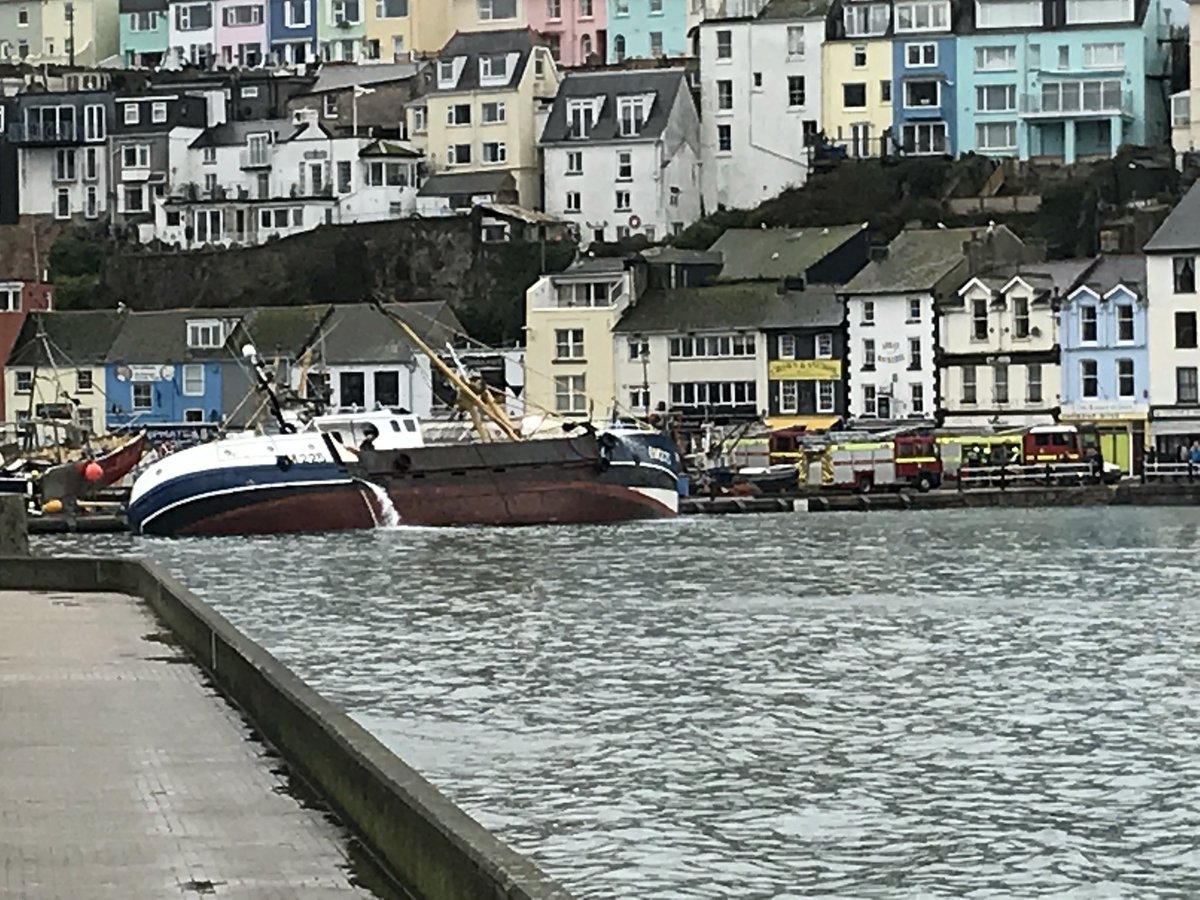 Nobody was on board overnight which saw one of the highest tides of the year.

It is not yet known why the trawler was sinking. A full investigation was due to begin once the tide was out this afternoon.