Cars have been brought to a standstill on the A30 in Cornwall due to heavy snowfall.

Around 100 vehicles are believed to be stuck on the carriageway at Temple, according to Devon and Cornwall Police.

Further disruption has also been reported between Camborne West in Camborne and Carminow Cross in Bodmin, as well as delays in Wadebridge and Padstow.

Motorists stuck in the snow have been seen exiting their vehicles, despite police advice to stay inside at all times.

Significant snowfall in Cornwall, particularly on the A30 at Temple where around 100 vehicles are currently stuck.

The snow is heading eastwards and will cause significant disruption tonight.

Please be prepared and avoid all but absolutely essential travel.

The Met Office had predicted snow in the far east of Cornwall but many were taken by surprise after the white stuff feel thick and fast.

Lots of snow on the A30 between Launceston and Bodmin now, stay safe if you still need to travel @itvwestcountry https://t.co/YcLOil7O9A 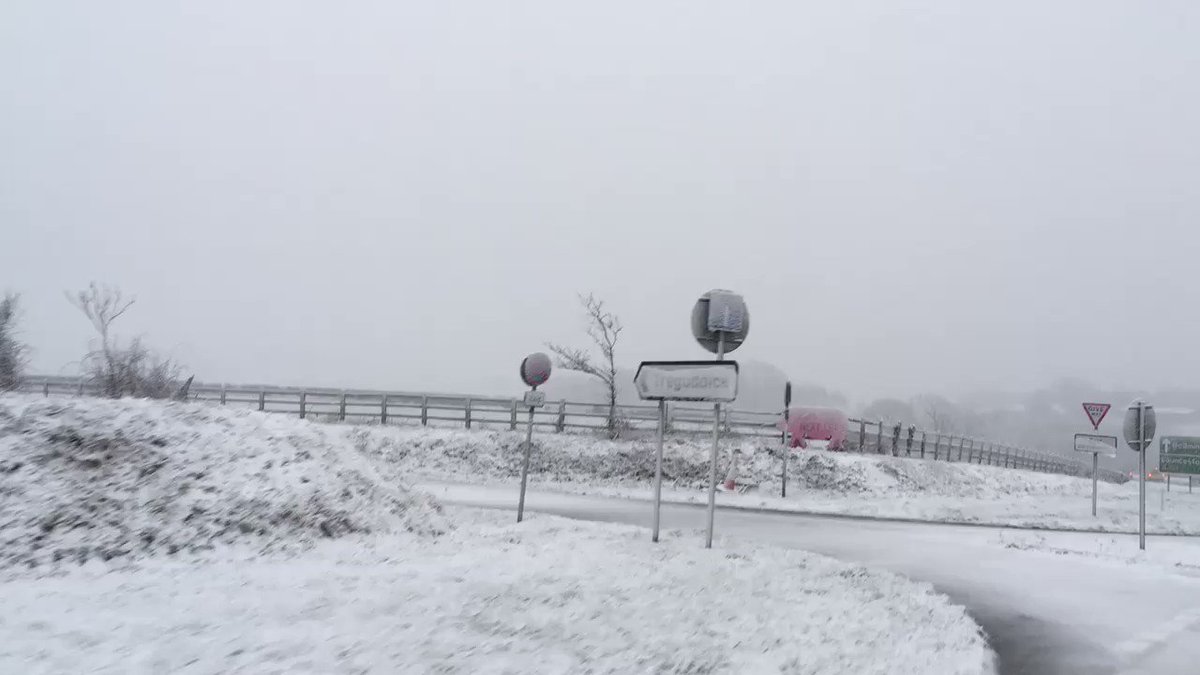 Andrea Child, who has been stuck in a car on the A30 for more than two hours, told ITV News West Country: "There are snow ploughs about one mile ahead trying to clear the roads in both directions.

"There is a lot of people in their cars that can’t go anywhere or have run out of petrol.

"We have been here for almost two hours and not moving and I am not really sure what is happening as cars cannot drive in this snow and it’s still coming down. It’s almost getting dark."

Other people have been Tweeting from the queue.

Traffic at a standstill heading west on the A30. Slow moving eastbound. Now near #summercourt and no movement in s… https://t.co/mkQPOsi68O