Businesses and residents in Hayle are dealing with the aftermath of a "major incident" after flash flooding hit the town on Thursday.

A "major incident" was declared on Thursday afternoon, with emergency services forced to temporarily close the A30 bypass and a number of other routes around the town.

Crews worked to clear flood waters and the incident has since been stood down, but a number of routes in the area remain affected.

Video footage from drivers on the A30 show the extent of flooding along the route on Thursday:

Cornwall Fire and Rescue cleared water from the worst affected areas, with the main route re-opened by Thursday early evening.

On Thursday evening Cornwall Council announced "mud and debris" remained on the road running through the centre of the town.

Emergency services pumped water from Fore Street but the clean up continues.

ITV West Country reporters described "chaos" on the A30 as a result of the floods on Thursday afternoon.

The route has now reopened but people are being warned to avoid the area. 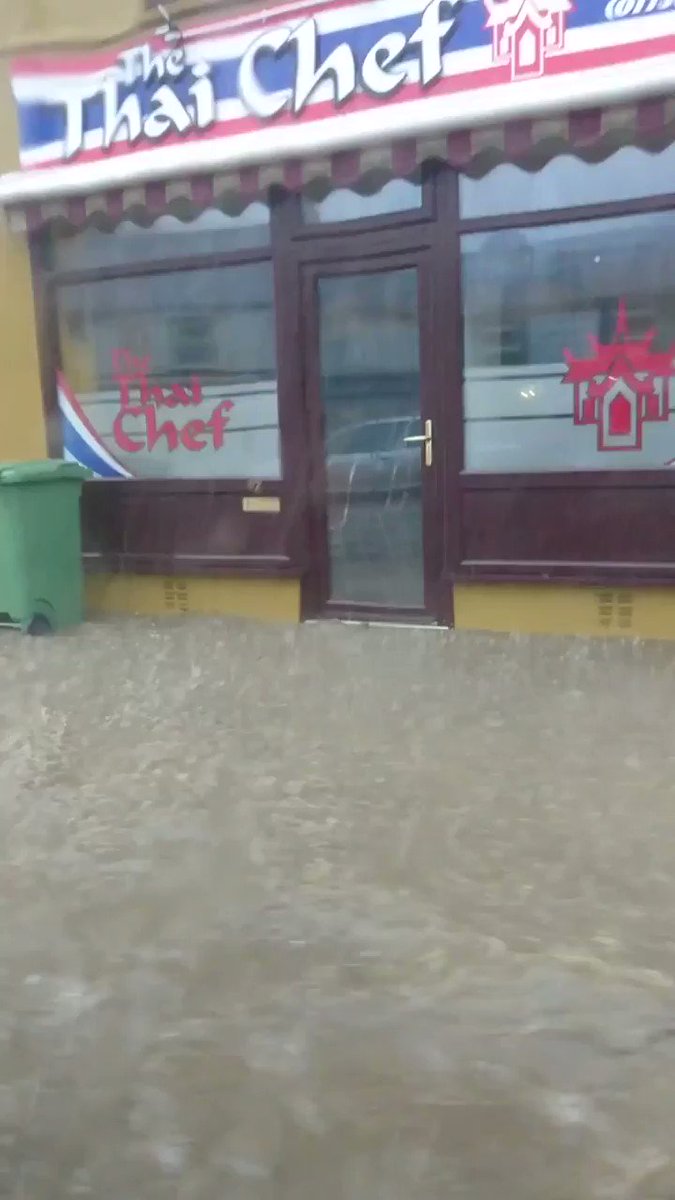 A number of other routes were impacted on Thursday with closures to Prospect Place, St Johns Street and Chapel Lane in Hayle.

Emergency road closure gates have been closed on some roads to help stop vehicles potentially getting stuck in flood waters.

The following gates have been closed:

The New Road gate (West Lyng to North Curry) is currently open but is expected to close on Friday morning.

The scene on the A30 on Thursday afternoon.

Devon and Somerset Fire and Rescue tweeted a warning to drivers to "not attempt to drive through any floodwater" after the service said it had received a number of calls from motorists who had got their cars stuck.

Elsewhere a multi-agency safety warning has been issued for parts of Dorset with more rain expected on Thursday evening and into the weekend.

Tim Gray from Dorset & Wiltshire Fire and Rescue Service warned of the dangers of surface water:

Very often, surface water doesn’t appear very deep but there can be unseen dips in the road which then catch drivers unaware. There is also a risk of drivers in larger vehicles driving through water without dropping their speed, which then creates a ‘bow wave’ effect – and this can cause significant risks for other vehicles. While this wet weather continues, please drive to the conditions and be particularly cautious at fords, where water levels can rise a lot in a short space of time.

A number of flood warnings and flood alerts remain in place across the West Country.

Rail travel continued to be impacted on Friday, with services suspended on the Northbound CrossCountry route between Cheltenham Spa and Birmingham New Street due to flooding at Barnt Green.

Get more travel news for the West Country here.