He claims they have been 'the keenest and most persistent' band ever to play at the festival.

Kylie Pentelow has been meeting her new cameraman for this weekend's Glastonbury Festival coverage. He's a bit noisy.

Dolly Parton has showed her fans she's ready for Glastonbury festival as she tweeted a picture of her ticket.

Gates for the event opened this morning and thousands have already arrived, though the majority of acts don't start until Friday.

The country and western star will be performing on Sunday. 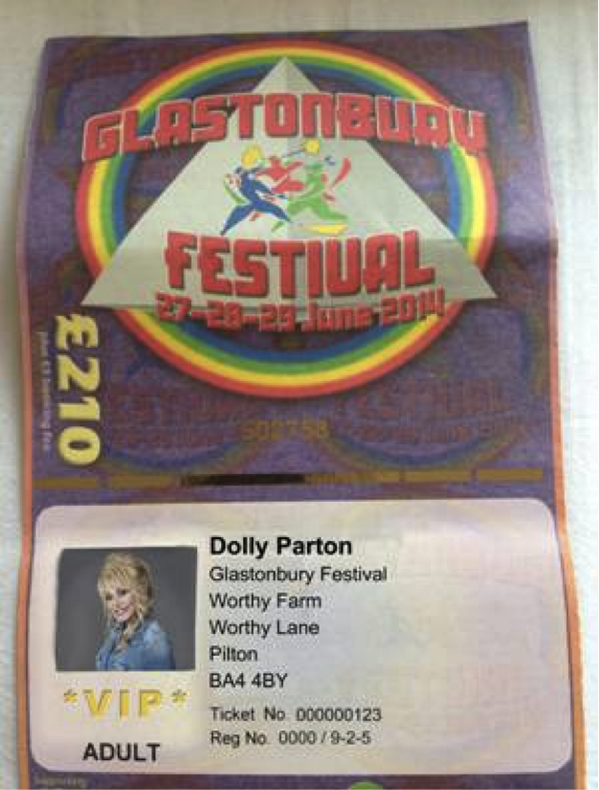 3 - The attendance was a comparatively minuscule 1,500 with a £1 entrance fee and the offer of free milk from Worthy Farm.

4 - Mick Ringham was the very first Glastonbury DJ is now an estate agent.

5 - Glastonbury uses about 3000 megawatts of electricity over a single weekend which is similar to the city of Bath.

6 - The Festival site covers 900 acres in the mystical Vale of Avalon.

7 - The main stage, Pyramid, is on a ley line that connects Glastonbury to Stonehenge.

8 - According to legend, Pilton, where Worthy Farm is situated, was once visited by Jesus Christ and his great-uncle, Joseph of Arimathea, on their way to the tin and lead mines nearby.

10 - In 2005, there was two months' rainfall in a few hours, with car parks left under water and canoes used as transport.

Thousands of people have begun arriving at Glastonbury - although the festival doesn't start until Friday. Our correspondent Dave Woodland joined the crowds at Worthy Farm as the gates opened this morning.

Our reporter Bob Cruwys is taking no chances at this year's festival.

Could be a muddy one so I'm going with the double binbag lining in the trolley. @hunterboots @itvwestcountry #glasto http://t.co/pRJFv73tCn 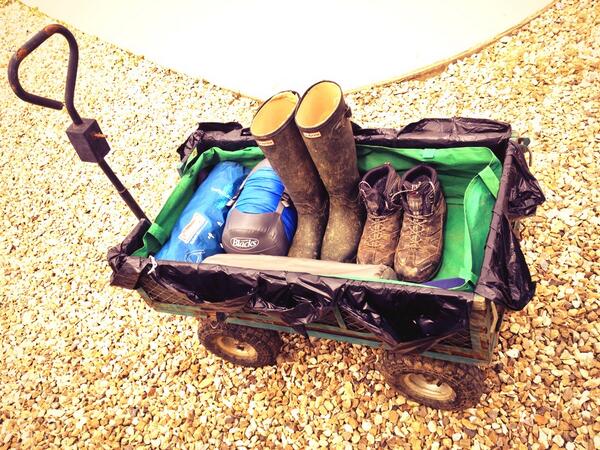 It's not even midday on the first day of the Glastonbury Festival but already finding a place to pitch is becoming difficult.

After queuing for hours many arriving at the festival decide it's time to give the legs a rest before the long trek to find somewhere to pitch.