A pub in Devon will welcome guests for New Years Eve celebrations tonight just 24 hours after it was flooded.

The Exeter Inn in the village of Modbury was flooded for the 40th time in seven years yesterday.

But the owners have praised local volunteers, and say they were able to get the pub open so quickly thanks to the help and support of local people.

Businesses and homes have been flooded in Modbury. Gusts of more than 60 mph were recorded, while heavy downpours closed of the main street

We've received lots of pictures from you showing the effects of Storm Frank Here's a selection.

Emergency services have praised the actions of a delivery driver who risked his life to save an elderly couple from a submerged car.

The couple were pulled from the vehicle just in time, as water quickly rose around them.

Thanks to the #GoodSamaritans who rescued an elderly couple from a car submerged in water earlier this afternoon. https://t.co/nyXAUnrqPs 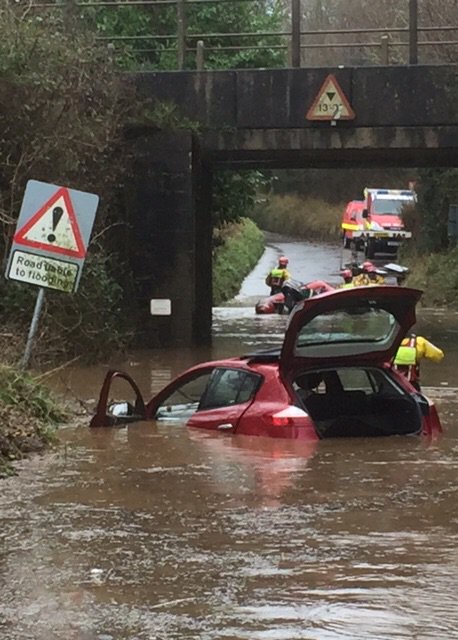 The couple had a lucky escape. One of the rescuers was taken to hospital and we hope he has a speedy recovery. https://t.co/FRayb1rYWw 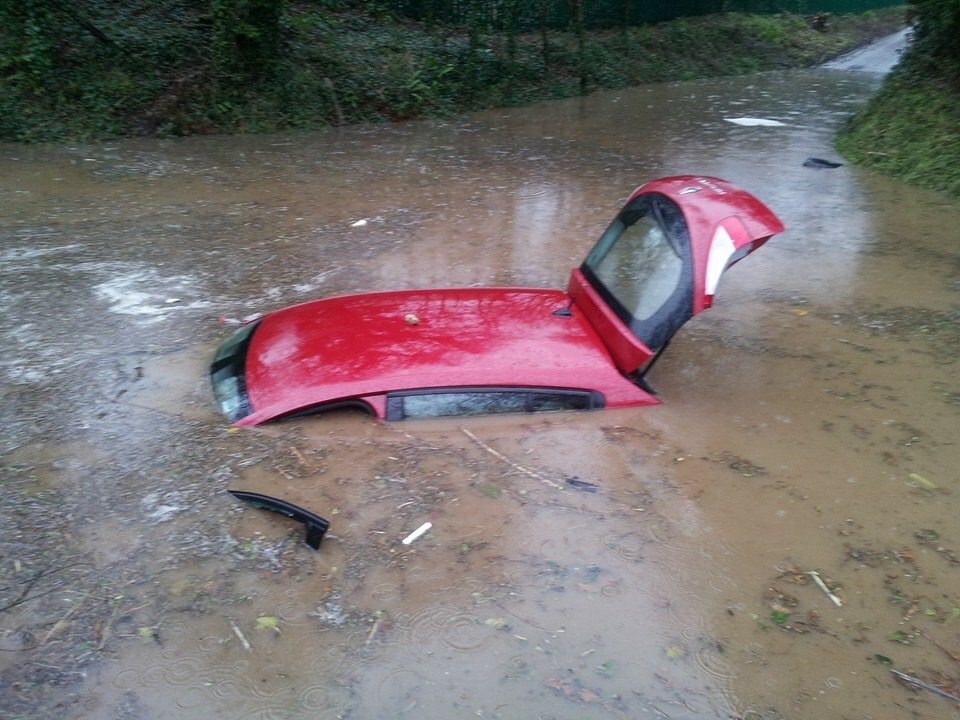 Gary Brewer waded through the chest-high water in Sparkwell to reach the red Renault Clio shortly before noon.

He managed to release the two pensioners from the car - where water had risen within eight inches of the roof - before the fire service arrived.

All three were suffering from hypothermia due to the cold water, and Mr Brewer was taken to Derriford Hospital where he was also treated for cut wrists due to breaking glass.

From my understanding when he called me just afterwards he injured himself doing it.

He slashed his arms up as he broke the window to get to the couple.

He's a good lad and we're calling Dins a hero.

South Western Ambulance Service dubbed Gary's act "selfless", and said the couple had travelled down to the West Country to spend time with family for New Year.

One gentleman dialled 999, broke the passenger window and freed them from the vehicle with the assistance of another member of the public who hd also stopped to help.

One of the rescuers was taken to Derriford hospital with minor injuries sustained as a result of his brave actions.

The couple had travelled down to the West Country to spend time with family for the new year period and the selfless act of these members of the public really did make a positive difference – without their intervention the outcome would have been very different. The ambulance service worked with fire and police colleagues at the scene and the only person to be taken to hospital was one the rescuers.

Reports of a car sinking in flood water, currently up to wing mirrors , near #Sparkwell . Fire and rescue on route . 336

Glad to say that,an elderly couple have got out of the car nr Sparkwell. Member of public assisted thankfully. Water was up to roof of car

Prompt action and call to police and fire along with member of public assisting has possibly prevented a tragedy . #staysafe 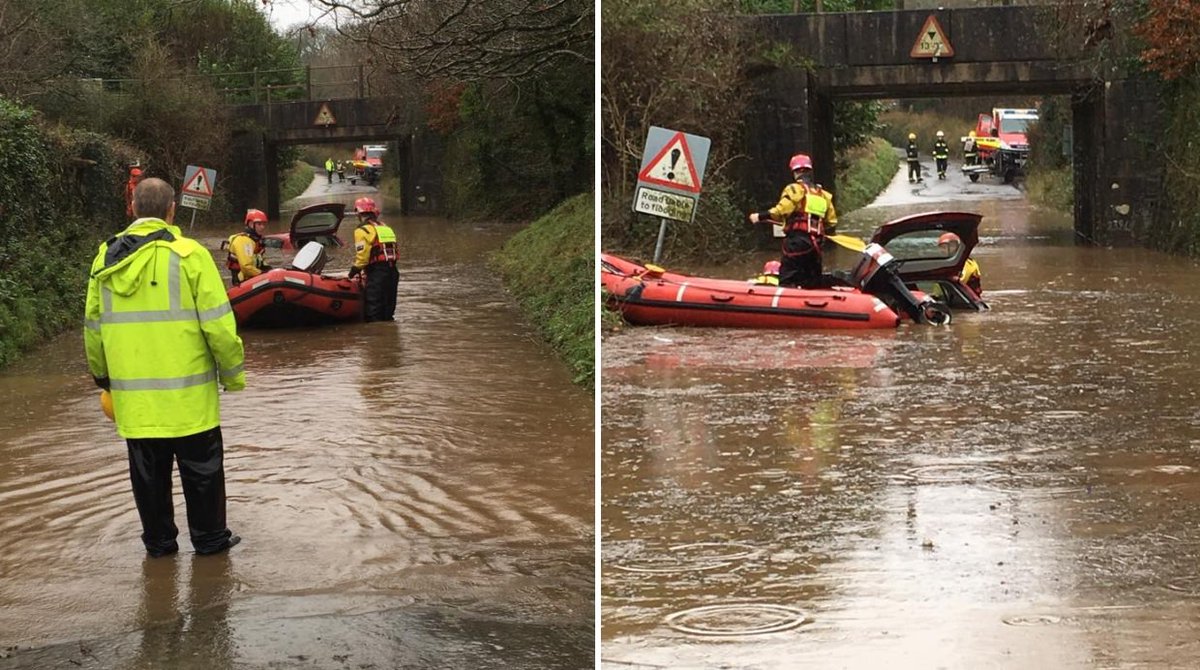 We've got a list of all the road effected by Storm Frank. List correct as of 1.30pm.

Devon County Council have warned people to take care and remain vigilant as Storm Frank continues to batter the West.

They've urged people to only travel if necessary, and to avoid coastal and river areas as water levels continue to rise and waves wash over seafronts.

People have been filmed walking around the Cobb in Lyme Regis harbour as huge waves come crashing over the sea wall, despite warnings to stay away from the sea.

The region has seen strong winds and heavy rain as Storm Frank hits the UK.

The RNLI are warning people to keep their distance from rough seas. 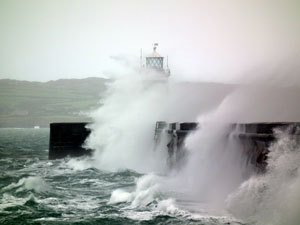 There's disruption to train services this morning as strong winds bring high waves crashing into the tracks at Dawlish.

Strong winds have caused a number of trees to fall on roads across the region.

Devon and Cornwall Police are warning people to take extra care this morning as strong winds spread across the region - causing trees to fall in some areas.