Endangered dormice have been discovered in the grounds of Tyntesfield, near Bristol, but the fact that they're asleep could be a problem

This little fellow should really be hibernating around now - he was spotted by keen wildlife volunteer Jasmine Atkinson on her dormouse monitoring duties in Devon. Enjoy... 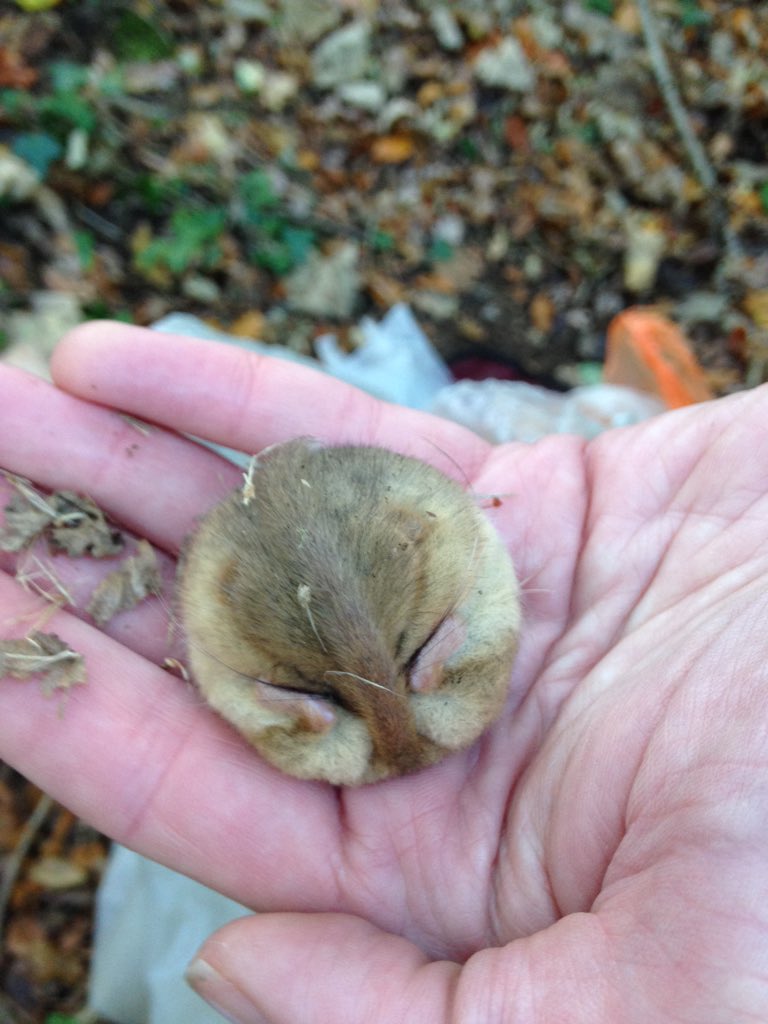 A photographer from Box in Wiltshire has won a British Wildlife Award for his picture of two dormice. Nick Upton was Documentary Series Winner for a series of six photographs taken in North Somerset. He was following a team of environmental volunteers in the Blackwell area who were checking mice nests. He will pick up his award in London this evening.

Taking the photos was a lot of fun and a great privilege as Hazel dormice are really endearing little creatures with huge eyes and fluffy tails who really live up to their sleepy reputation, and I'd never seem them before - but that's true of almost everyone in the UK. They're very shy and only come out of their woodland nests at night, and they're far less common than they used to be.

To get the shots, I followed Gill Brown and Ian Chambers of Backwell Environment Trust on some of the regular Dormouse surveys they do in coppiced woodland, checking special nestboxes with entrance holes up against trees, and then snapping away when they found some dozing Dormice inside. Some didn't even wake up as they were handled, but my favourite shot was of two beady-eyed youngsters peering up at me before they were weighed and put back in their nest box.