ITV's Ken Goodwin has met the father of Hollie Gazzard from Gloucester who was murdered by her ex-boyfriend five years ago.

It has been 3 years since hairdresser Hollie Gazzard was murdered by her ex-boyfriend in Gloucester.

The sister of murdered Holly Gazzard says she's convinced lives will have been saved after hundreds of knives were handed in to police.

A service of remembrance has been held in Gloucester on the second anniversary of the murder of Hollie Gazzard.

Two years ago today, 20-year-old Hollie was stabbed to death in the hairdressing salon where she worked in Gloucester.

The attack was carried out by her former boyfriend Asher Maslin who was jailed for a minimum of 18 years.

Ken Goodwin has been at the memorial service this evening where a bench has been unveiled to remember Hollie.

The murder of a Gloucestershire hairdresser by her violent ex boyfriend was neither predictable nor preventable, an inquiry has found.

The family of Hollie Gazzard, who was stabbed to death by her ex-boyfriend in 2014, have won a campaign to get distressing pictures of her with her killer removed from her Facebook profile.

Pictures of the 20-year-old hairdresser with Asher Maslin were still viewable on her profile until recently, despite earlier attempts to get them removed. However the family confirmed that Facebook has now done this.

"We are delighted to confirm that today, Facebook have removed the offending photos from Hollie's memorialised Facebook account and now we can all browse her photos without getting upset.

"We would like to express our sincere thanks to the 11,000+ who kindly signed our petition and those who also contacted Facebook direct and asked for photos to be taken down."

The parents of a murdered young woman from Gloucester have designed a new safety app in her memory to try to prevent domestic violence.

Over 300 people will take part in a walk through Cheltenham today in memory of Hollie Gazzard.

This is the second year Hollie's father Nick has organised the event. Last year over £7,000 was raised for the charity set up in Hollie's name. The Hollie Gazzard Trust aims to promote the dangers of knife crime, reduce the level of domestic abuse and to help, support and fund young hairdressers in Gloucestershire through a partnership with Gloucestershire College.

The 20 year old hairdresser was stabbed to death at work by her ex boyfriend Asher Maslin.

The Walk 4 Hollie begins at 12:00 at Lansdown Park in Cheltenham and finishes six miles away at the King Teddy pub.

ITV newsreader Julie Etchingham has become a patron of the Hollie Gazzard Trust.

We are delighted to confirm @julieetchitv has agreed to be a Patron of HGT and we look forward to working with Julie http://t.co/jo5EC2nySt 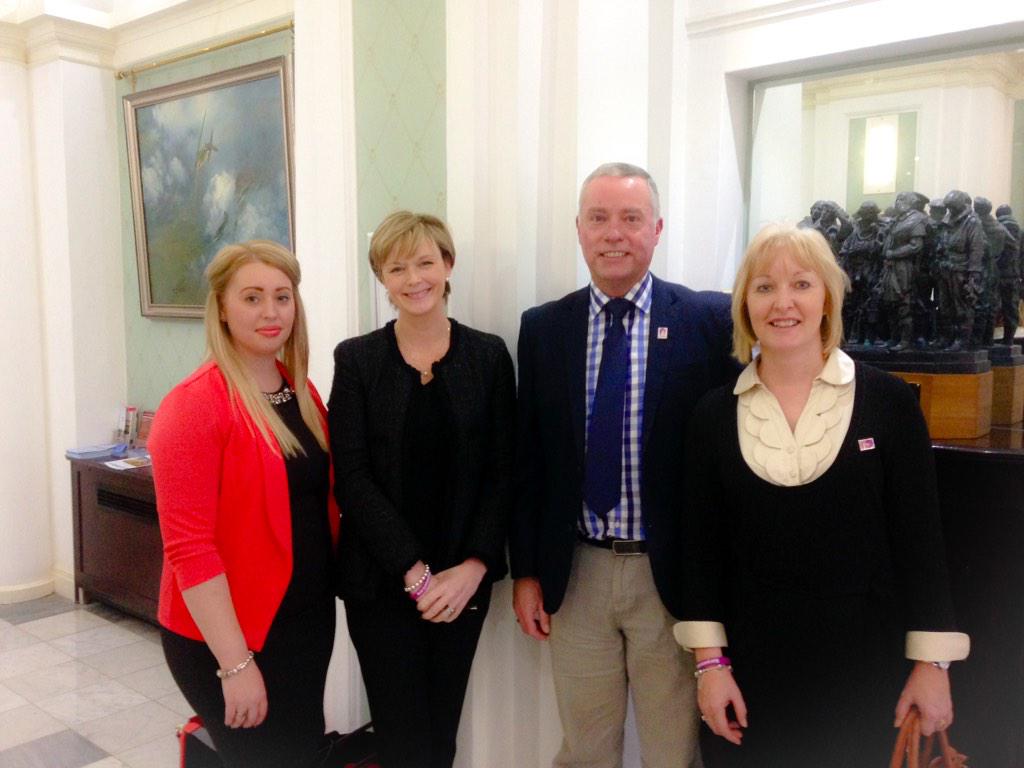 The trust was set up by Hollie's father to promote education about domestic abuse in schools. Hollie was stabbed to death by her former boyfriend Asher Maslin in Gloucester in February. He had a history of domestic violence against her.

The father of murder victim Hollie Gazzard is helping to launch a reference tool to help police combat domestic abuse.

Hollie was stabbed to death by her former boyfriend Asher Maslin in Gloucester in February. He had a history of domestic violence against her.

The set of cards will help spot the signs of abuse and provide advice for victims.

“Findings from the Domestic Homicide Review show us that there are still 2 to 3 domestic abuse and stalking-related deaths each week in the UK. We know that coercion and control are indicators of danger, and more highly correlated with murder than violence alone.”