One man and two dogs have been rescued after a tree fell on a house in Mawgan, Cornwall this morning (Monday 4 January).

The man's neighbour called the fire service reporting that he had become trapped after a tree fell on the roof of his home. Fire crews from Helston, Mullion and Tolvaddon found the ceiling had collapsed, trapping him by the legs.

He was rescued and cared for by paramedics, with minor injuries reported.

Lucky escape in #Mawgan after tree lands on property causing roof to collapse.Crews rescued one male from bedroom https://t.co/26vebzi2w6 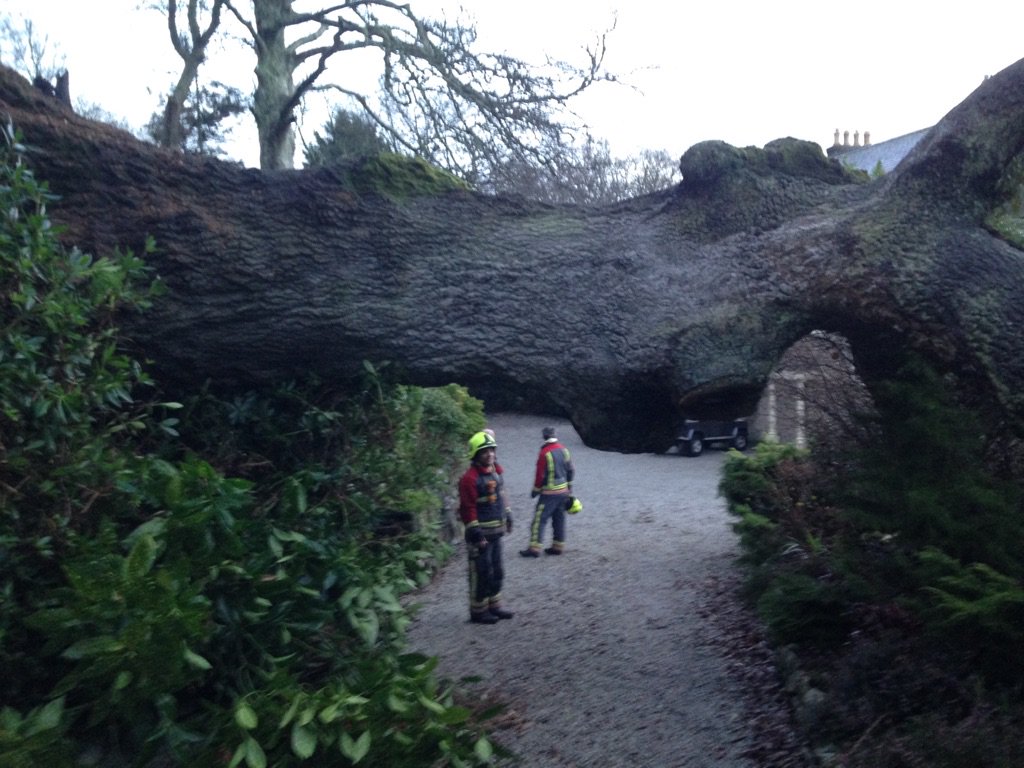