The latest piece of street art has appeared on the streets of Bristol - depicting Donald Trump sharing a passionate kiss with Boris Johnson.

The giant mural of the US presidential hopeful and the former Mayor of London, was painted on Westmoreland House in Stokes Croft.

Around it is the message, 'NOT #INFORTHIS? Register to vote on the EU referendum now!'.

The mural, entitled 'The kiss of death' created by Bristol artists Paintsmiths, hopes to encourage those who are 20 to 30 to register to vote.

Boris Johnson is one of the biggest names campaigning for Britain to leave the European Union, while the potential Republican presidential candidate Donald Trump has also backed a Brexit.

The painting has caused a stir on Twitter as well.

Couldn't not get a snap of this on my way to work. Well done #Bristol Not #InForThis? https://t.co/3sUFThmTvO 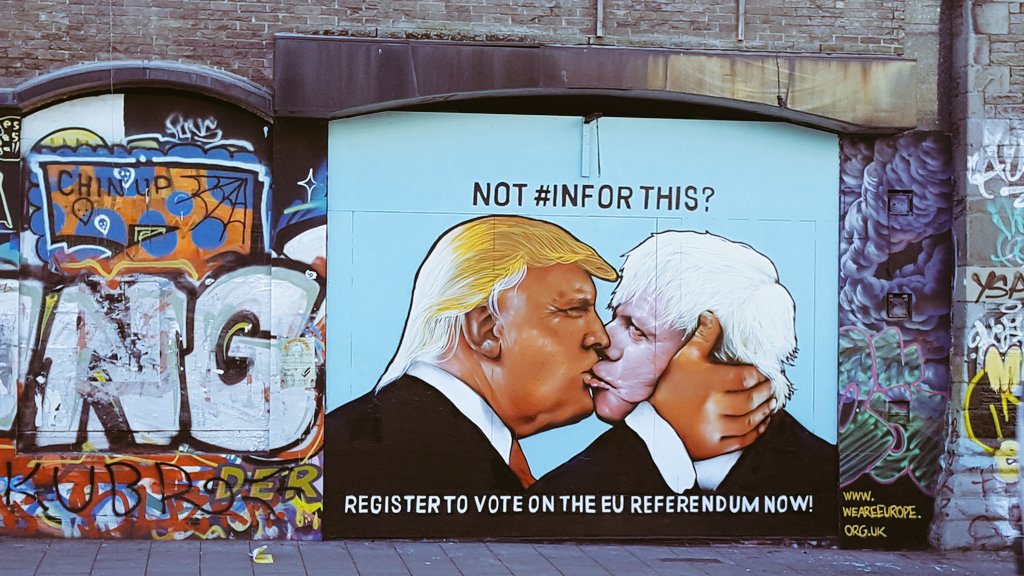 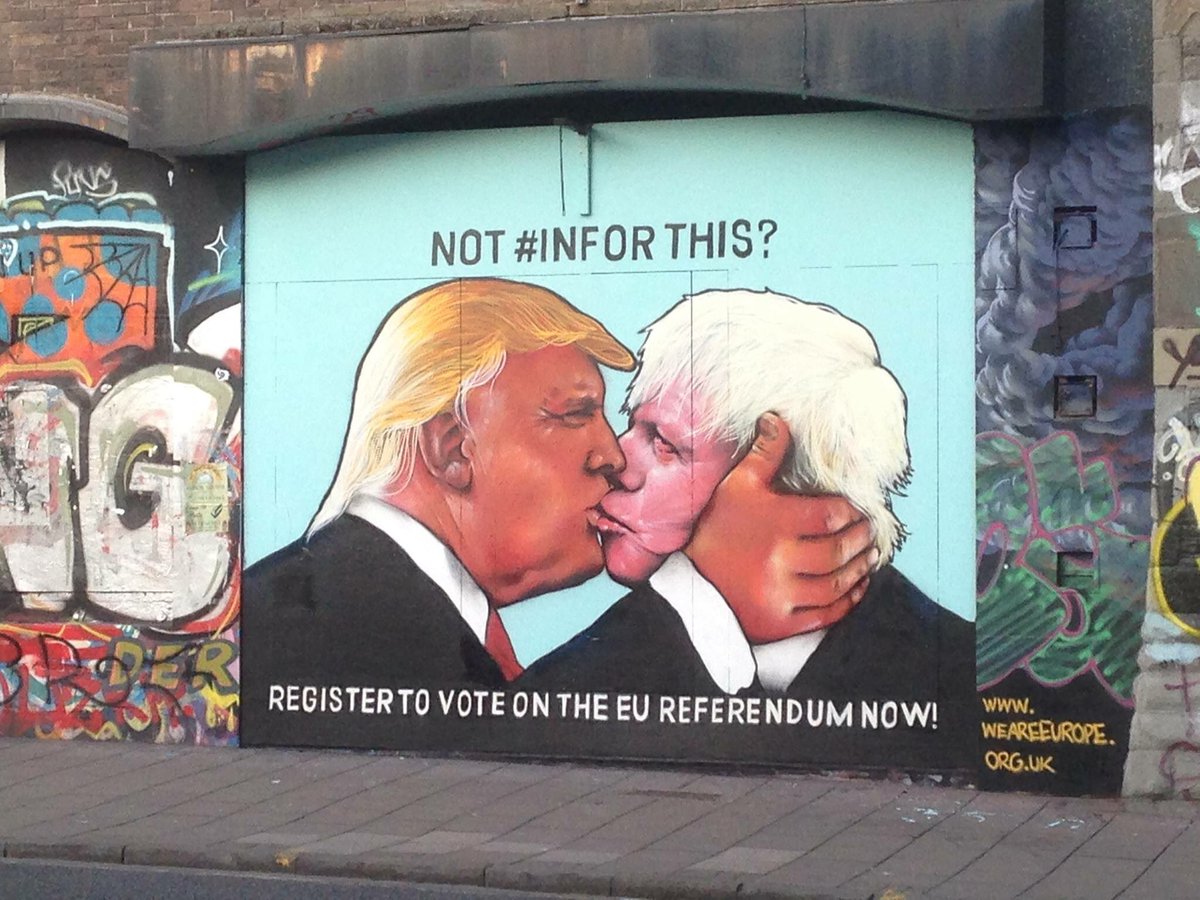 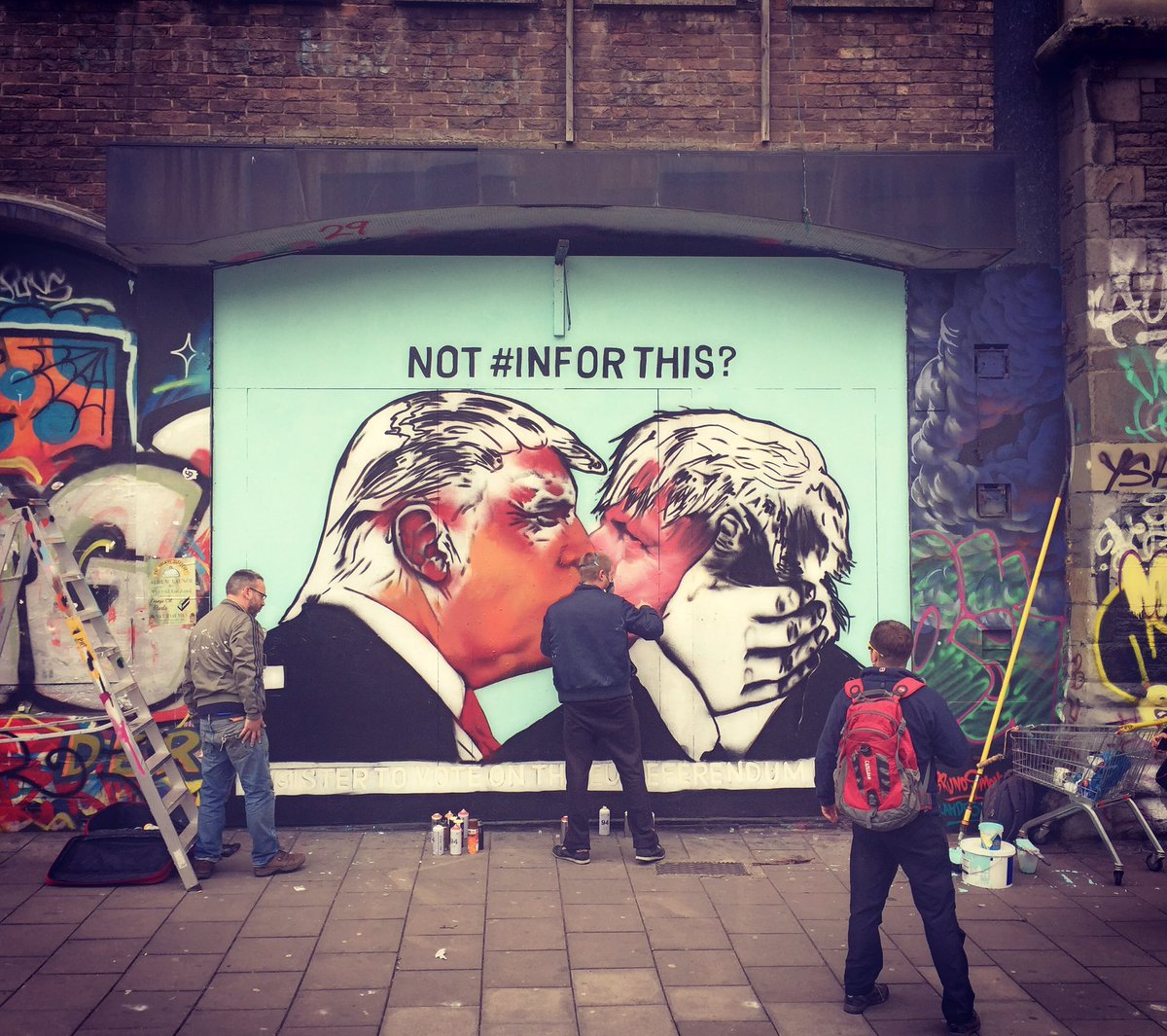