There have already been murmurs they are unhappy with their World Cup base. Now the team bus carrying the France rugby union squad has caught the attention of a traffic warden during their stay in Croydon, south London.

Dan Hicks posted a picture on Twitter of the parking attendant taking details of the vehicle, which was parked at a bus stop, along with the words: "Welcome to Croydon, Team France!! #ParkingTicket".

Les Bleus are staying at Croydon's four-star Selsdon Park Hotel during the five-week tournament, which gets under way on Friday, amid reports some of the players are less than impressed with their surroundings.

Mr Hicks, who plays with London rock band Mordecai, said: "I rode past on my motorbike and saw the bus had the French team name and initials on the side and saw the ticket inspector. The opportunity was too good to miss so I turned around to get the photo." 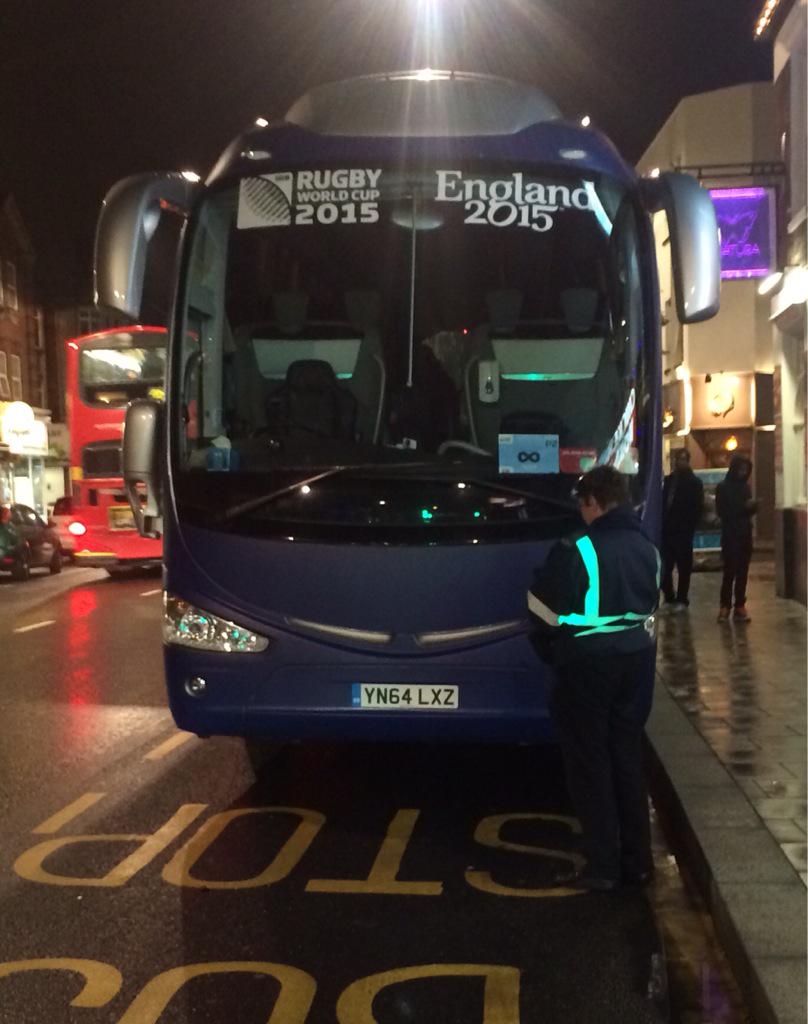 A spokesman for the France national side said he was "not aware" of the incident, which reportedly took place outside the modern European restaurant Apatura on Wednesday evening.

But he confirmed the players had been out for dinner in the town at the time.

It comes after French prop Uini Atonio complained that a rowdy wedding reception at the team's hotel had kept him up all night on Saturday, while French newspaper MetroNews described Croydon as "sad" and claimed the town had not made the headlines since the 2011 riots.

However, Lionel Rossigneux, spokesman for the French rugby union squad, insisted that the players were "enjoying" Croydon.

"Everything is fine. We are enjoying the place," he said.

"The hotel is great. All the staff are very dedicated to the team. It's quiet which is exactly what we need for the team."