All Blacks coach Steve Hansen has made 12 changes from the side that beat Pool C rivals Argentina two days ago. Only wings Nehe Milner-Skudder and Julian Savea remain, along with lock Sam Whitelock.

With McCaw, hooker Keven Mealamu and prop Tony Woodcock on bench duty, it means that New Zealand have three cap centurions among their substitutes, which is a World Cup record. 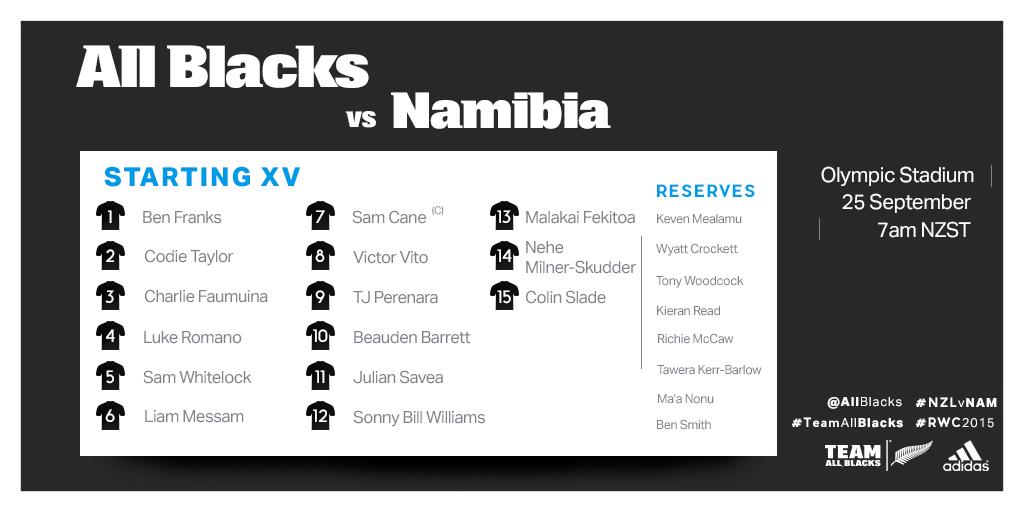 All Blacks head coach Steve Hansen paid tribute to Cane, who leads his country at the age of 23.

"It is a very special moment for Sam," Hansen told www.allblacks.com, ahead of the Olympic Stadium encounter.

"He is in our leadership group, is hugely respected by everyone, is a fierce and fearless player and is someone who has the potential of being a long-term captain of the All Blacks in the future."

And reflecting on his team selection, Hansen added: "At the completion of this match, 30 of the 31 players in our squad will have experienced time in the middle of the park, which will give us a good foundation base going forward and which was always part of our pre-tournament planning.