Thousands of South Africans fans filled the streets of London this morning to see the Springbok World Cup winners invoke the spirit of 1995.

Led by captain Francios Pienaar, South Africa went on to lift the trophy which led to one of the most iconic images in Sport history –Nelson Mandela celebrating along side the team which, for many, represented white supremacy during the apartheid era.

Pienaar led his old team mates once again in an attempt to inspire the current South African rugby team to victory as they once again face the mighty All Blacks, this time in the semi-finals.

Shy of the handful of spectators that Pienaar and Co. had expected, incredible scenes transpired as the 1995 team led thousands of fans in a rendition of the South African national anthem.

During the 1995 Bok run in London this morning. We Believe! @Springboks @BryanHabana pic.twitter.com/5KCBbiaydE 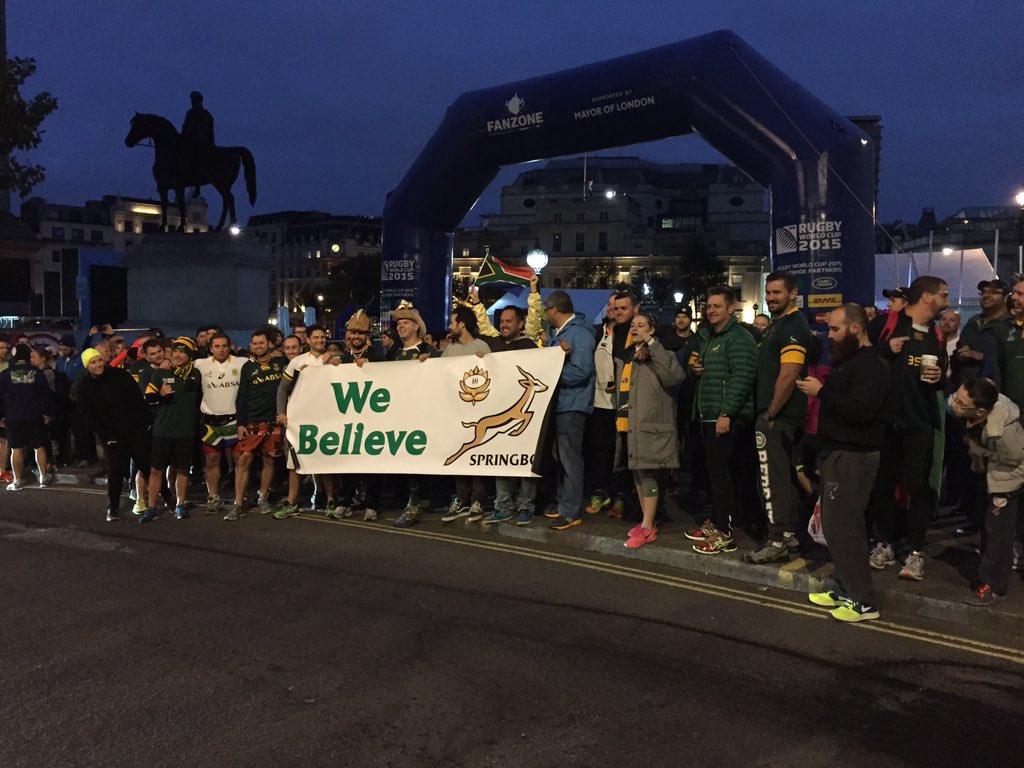 Exclusive coverage of South Africa vs New Zealand will begin on ITV from 3pm, with kick off scheduled for 4pm. Don't miss what is likely to be one of the most fierce encounters in recent rugby history.