Chris Froome has every reason to want to get home after the Tour de France. His wife Michelle is due to give birth any day now, a second child for the Team Sky rider.

But when he told reporters in Laruns that he was ready for this race to be over, it was easy to think of other reasons the four-time Tour winner might have had enough.

"I have a little baby girl on the way in the next few days," Froome said after a day of struggles in the Pyrenees. "Hopefully I make it home in time for that.

"This is now the fourth Grand Tour that I've raced consecutively and I'm looking forward to a bit of rest."

A second-place finish in Saturday's time-trial saw him claim third place overall as team-mate Geraint Thomas succeeded him as the Tour champion.

Froome has seemed genuinely happy for Thomas, but merely a place on the podium is not what he came to France for.

He was looking to win a record-equalling fifth Tour title, to complete a rare Giro-Tour double, and to win a fourth straight Grand Tour.

He arrived in France having just been cleared of wrongdoing in the Salbutamol case which had hung over him since the end of La Vuelta in September last year.

Whether it was the physical exhaustion in his legs or the emotional energy spent on a nine-month fight to clear his name - or a bit of both - Froome never looked able to impose himself on this Tour.

A late excursion into a field on the opening stage cost him 51 seconds, and he never got off the backfoot for the rest of the three weeks.

Though that crash caused him the biggest single loss of time, the first real sign all was not well came five days later on the stage to Mur-de-Bretagne.

It only cost him five seconds, but Froome could not hold the wheel of Thomas on the short, steep climb to the finish.

Sky continued to insist it was just a small mistake and not a warning sign regarding his form.

Things did not improve in the Alps. Froome tried to attack late on the Alpe d'Huez, but was almost immediately shut down by Tom Dumoulin and Romain Bardet. 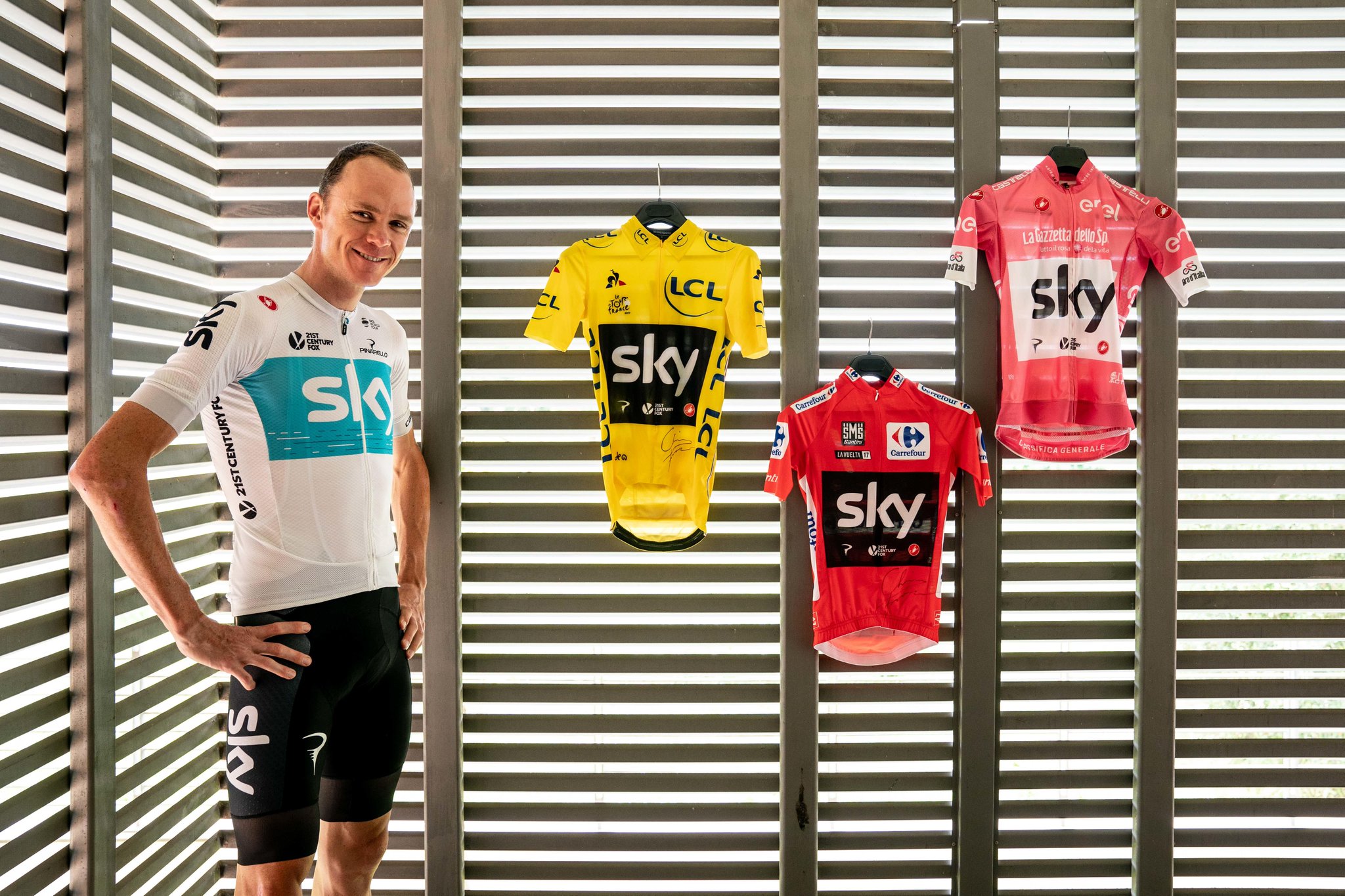 Such things did not used to happen to Froome but Sky stuck to their script. Wait until the third week, they said. That is when he will come good.

That good patch never came, and as they climbed the final mountain of this Tour, Froome span away on the pedals with his tongue hanging out, dropping 30 seconds behind Thomas and his rivals.

It was one of the images of the Tour to see this four-time winner on the brink of cracking completely, needing to be paced back on by the outstanding 21-year-old Egan Bernal.

None of this is to say the Froome era is over. Over the past 12 months, the 33-year-old has won three consecutive Grand Tours - a phenomenal achievement - and on his day remains the strongest general classification rider in the world.

He has perhaps paid for over-ambition in this Tour, even if he refused to blame his Giro-Tour double attempt for his inability to keep up.

"The Giro-Tour double is still possible, maybe not this year, but this is my fourth Grand Tour in a row so to be in this position is incredible," he said in the final days of the Tour.

Froome seems certain to skip the Vuelta now, and turn his attention to 2019.

That record-equalling fifth Tour title will surely be his focus - but he will have to prise team leadership back from Thomas to pursue it.