Chris Froome extended his advantage in the yellow jersey with an opportunistic move as Peter Sagan won stage 11 of the Tour de France.

A sprint finish had been expected in Montpellier but howling crosswinds along the 162.5km route from Carcassonne gave Team Sky's Froome a surprise opportunity.

World champion Sagan attacked out of the pack with 12km left, and Froome immediately latched on to his wheel as the peloton was distanced.

Sagan had Tinkoff team-mate Maciej Bodnar with him while Geraint Thomas bridged over to support Froome, and together they pulled more than 20 seconds clear.

At the finish, Sagan took the victory ahead of Froome and Bodnar, with the peloton crossing the line seven seconds later.

Mark Cavendish had been hoping for another sprint finish and a shot at a fourth victory of this Tour, but, as Sagan and Froome were attacking up the road, the Manxman suffered a late mechanical problem and was left to roll over the line alone.

It had appeared that sprint finish was on with the peloton all together on the approach to Montpellier, despite a series of splits in the wind throughout the stage.

When the Trek-Segafredo team had put the hammer down with 75km left, the peloton split into five groups, but was all back together 30km out. 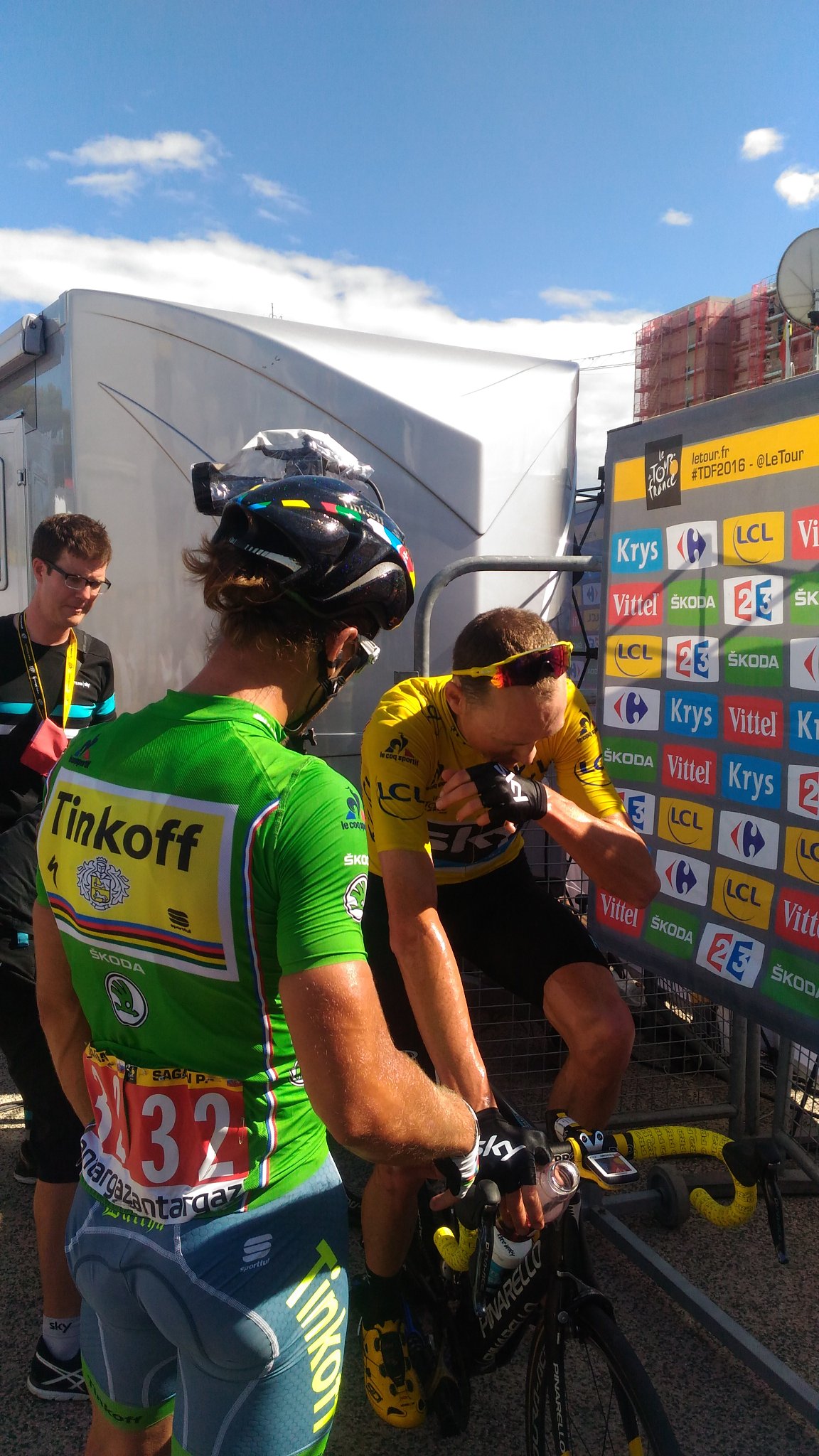 Sagan was clocked at 71km/h when he burst clear of the pack and Froome was alive to the opportunity as he jumped on to his wheel.

With each man having a team-mate alongside, the quartet worked together to pull clear, helping Sagan take his second victory of the Tour and Froome give himself a bigger cushion in yellow as his rivals were unable to respond.

Froome had said he was focused on Thursday's stage to Mont Ventoux, but the strong winds in the region could yet see that stage shortened on safety grounds - and Froome did not wait for confirmation as he grabbed his opportunity here.

Sagan's win strengthens his hold on the points leaders' green jersey after he took it from Cavendish on Tuesday and, given the mountains to come, the Slovakian looks certain to win the category for a fifth straight year barring accident or illness.

In contrast, Cavendish is left with a decision to make over whether or not to stay in the race for the final day's sprint in Paris or withdraw early and focus on preparing to compete on the track in the Olympics. 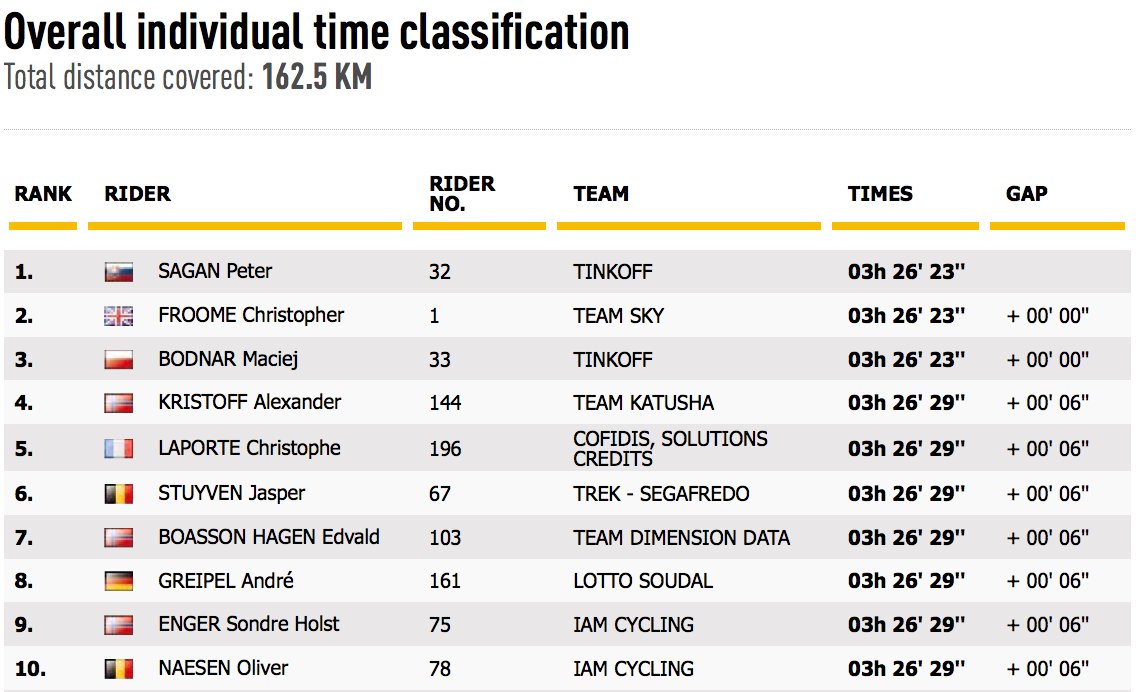