Nibali (Astana), barring an astonishing and unprecedented turn of events, will win the 101st Tour's yellow jersey on Sunday evening after taking a lead of seven minutes 52 seconds to Paris, where the final stage is traditionally a procession, before being contested by the sprinters on the Champs-Elysees.

The Italian, winner of the 2010 Vuelta a Espana and 2013 Giro d'Italia, will become the sixth rider to win all three Grand Tours, after Jacques Anquetil, Felice Gimondi, Bernard Hinault, Eddy Merckx and Alberto Contador.

Martin (Omega Pharma-QuickStep) won the 54-kilometre time-trial from Bergerac in one hour six minutes 21 seconds and Nibali was fourth in 1hr 8mins 19secs to seal his success.

The 20th stage was about who would join Nibali on the podium, with three riders - Thibaut Pinot (FDJ), Jean-Christophe Peraud (Ag2r La Mondiale) and Alejandro Valverde (Movistar) - separated by 15 seconds at the start of the day.

Peraud shrugged off a puncture to finish the day seventh in 1:08:48 and take second overall and will on Sunday become the first Frenchman to step on to the Tour podium in 17 years, since Richard Virenque in 1997.

For the first time in 30 years - when Laurent Fignon won the 1984 Tour ahead of Hinault - there will be two Frenchmen on the podium after Pinot finished 11th on the stage in 1:09:33.

Nibali's lead was 7:10 after Friday's 19th stage to Bergerac, with Pinot second, Peraud 13 seconds behind his compatriot and Valverde two seconds further back.

World time-trial champion Martin led at every time check to record a supreme victory - his second stage success of the race and fourth overall - as Nibali showed his class behind him, enhancing his advantage over the podium contenders.

Peraud punctured with 20km to go, but the 37-year-old former mountain biker showed his ability against the clock by comfortably taking second ahead of Pinot. Spanish time-trial champion Valverde struggled on the day as his podium hopes were ended.

Who knows how Nibali would have fared had misfortune and injury not struck 2013 winner Chris Froome (Team Sky) and two-time champion Contador (Tinkoff-Saxo), both of whom abandoned with broken bones.

But there is no doubt Nibali has been the race's dominant rider, winning across four mountain ranges.

By the time he crosses the finish line in Paris, Nibali will have worn the fabled maillot jaune for 18 of the Tour's 21 race days, the exceptions being the first two days and Bastille Day, when he relinquished the race lead to Tony Gallopin before reclaiming it with an emphatic win at La Planche des Belles Filles in the Vosges mountains.

That was one of four stage successes - Sheffield on stage two through the Peak District, when he first claimed yellow, Chamrousse in the Alps and Hautacam in the Pyrenees the others - for the race's emphatic winner.

His mountain accelerations were rewarded with slender time advantages, but it was the cobbled fifth stage was where Nibali accumulated the most time on his rivals as he finished more than two minutes ahead of his overall challengers.

Nibali will now be able to enjoy Sunday's 137.5km stage from Evry to the Champs-Elysees, where Marcel Kittel (Giant-Shimano) will be chasing a second successive Tour-concluding win. 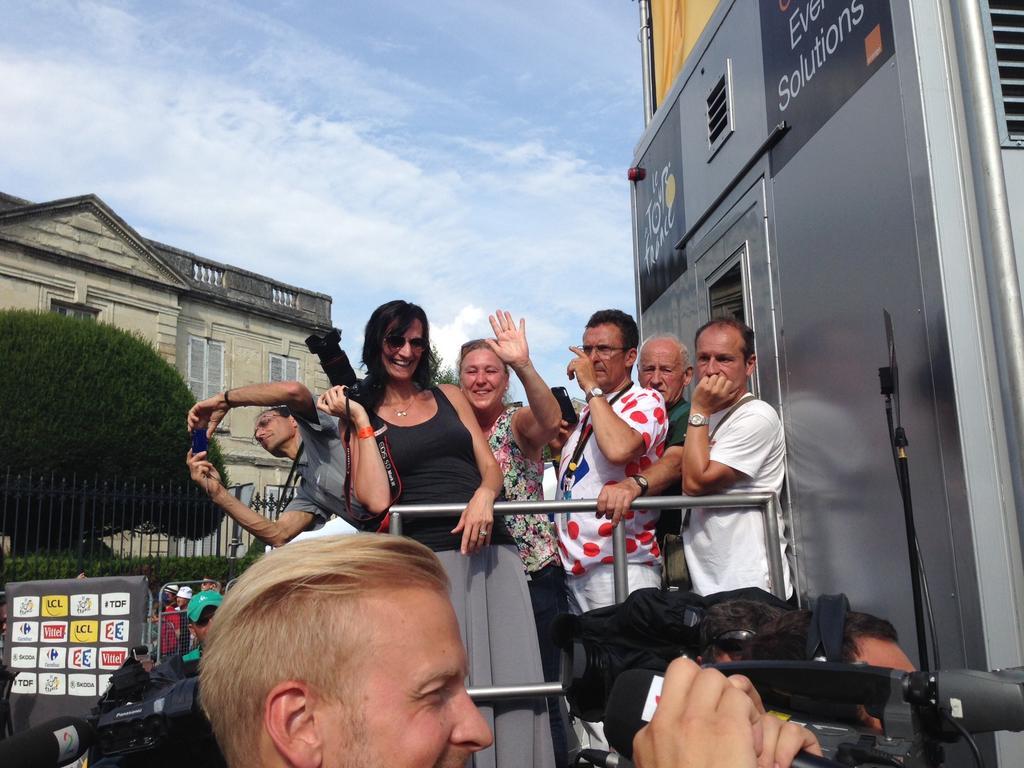 If he rides the Tour next year, Pinot will be right there again #tdf

If he rides the Tour next year, Pinot will be right there again #tdf

Thanks @tonymartin85 for going not faster otherwise some of us could go to Paris already 2day.Congrats you machine!!!!

Tony says thank you for all the support today! @tonyMartin85 #OPQS #TDF pic.twitter.com/9s0ThU4CuW 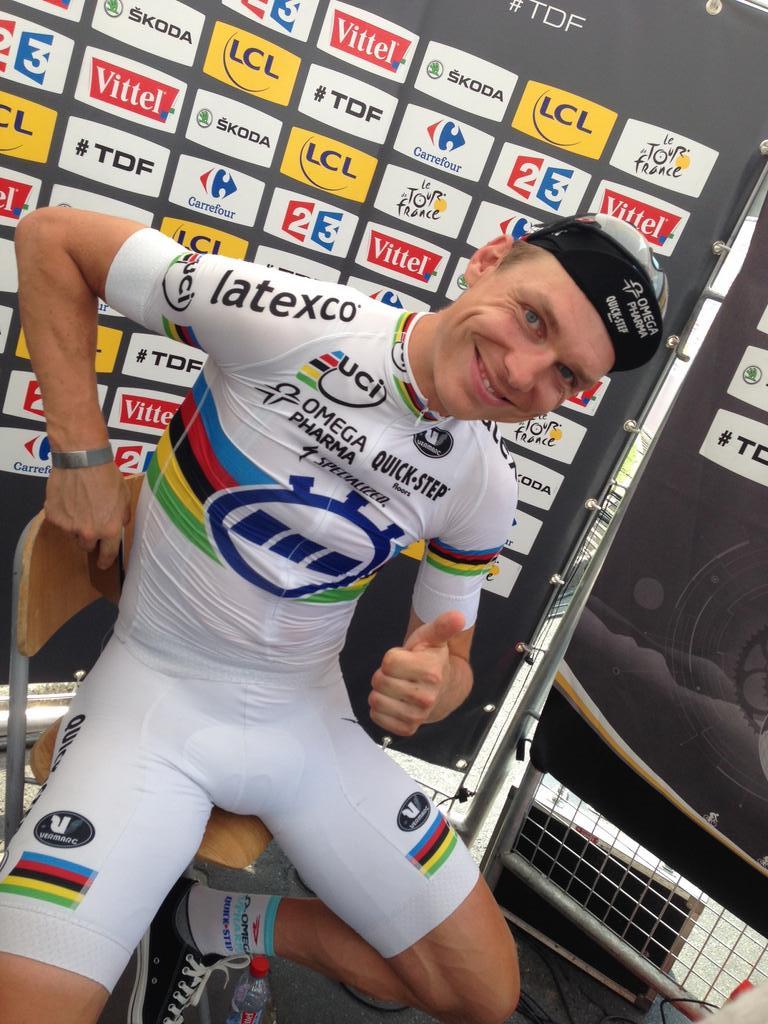 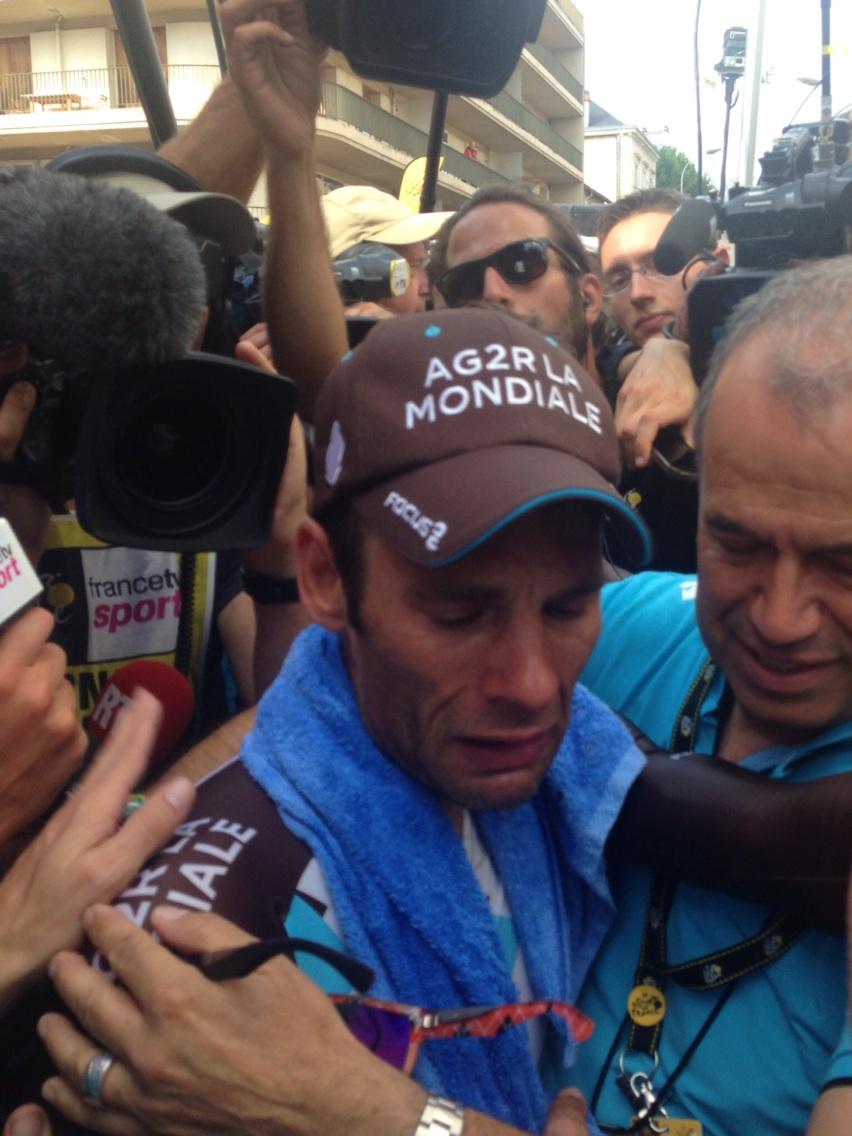