The organisers of the Tour de France are promising that the route of the 2019 race will be “the highest Tour in history."

The 2019 Tour de France will feature 30 categorised climbs, in what is set to be a gruelling contest for the yellow jersey, with five mountain finishes and only 54km of time trialling.

The highest paved road in Europe, the 2770m-high Col d’Iseran will be the scene for one of the three back-to-back Alpine stages, as well as Col d’Izoard and Col du Galibier. Three of the mountain top finishes are set to be over 2000m.

The 2365m high Val Thorens will play host to stage 20 of the race which could decide the overall Yellow Jersey winner.

The 2019 edition of the Tour de France is also set to celebrate the 100th anniversary of the yellow jersey.

At a ceremony in Paris attended by reigning champion Geraint Thomas, his Sky team-mate Chris Froome and a host of other riders past and present, organisers ASO unveiled the details of a route Tour director Christian Prudhomme said was intended not to be more difficult, but more difficult to control.

Team Sky have won six of the past seven editions of the Tour, using the strength of their well-funded squad to grind down opponents.

That is something organisers want to end - to the extent that Prudhomme used the presentation to appeal to watching UCI president David Lappartient to ban power meters.

With the goal of creating more exciting racing, organisers unveiled a route which features fewer hors categorie climbs - the most difficult of all - but more category two climbs which can encourage attacks.

There are also just 54 kilometres of time-trialling, including an Alpine test on stage 20.

The Tour - which marks 100 years since the introduction of the yellow jersey to signify the overall leader - will begin in Brussels, paying tribute to all-time great Eddy Merckx on the 50th anniversary of the first of his five overall victories.

The climbing begins in earnest on stage six to La Planche des Belles Filles. This was the scene of Froome's stage victory in 2012 but next year there will be a further kilometre - including gradients of 20 per cent - added to the route to make it even harder.

From there, the riders will head south west across France towards the Pyrenees, where there will be a time trial around Pau, a summit finish on the famed Tourmalet, and a stage which goes over the imposing Mur de Peguere before finishing above Foix at Prat d'Albis.

The final battles will be fought in the Alps. A brutal stage 18 will take riders over the Col de Vars, the Col d'Izoard and the Galibier within the space of 207km.

What stands out for you in the 2019 Tour de France route? pic.twitter.com/UkIwr1nsXP 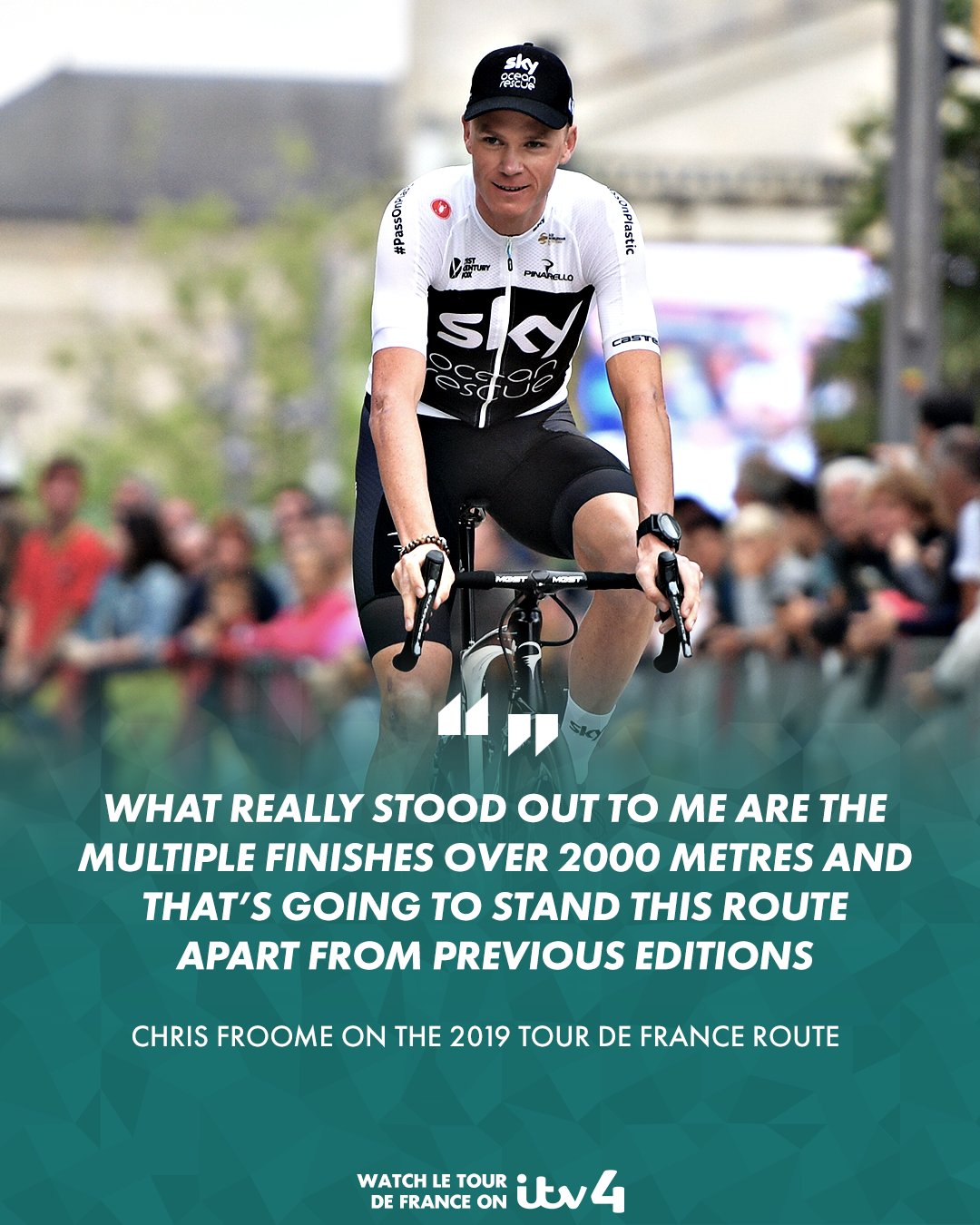 Merckx was joined at the ceremony by Bernard Hinault and Miguel Indurain, the only other men to have won the Tour five times besides the late Jacques Anquetil. It is a club Froome is one Tour victory short of joining, having been beaten to yellow by his own team-mate this July.

Though the mountains took the headlines, 30-time stage winner Mark Cavendish - aiming to match Merckx's all-time record of 34 - was on hand to hear about a route which includes seven flat stages where sprinters might prosper.

In total the race will cover 3,460km from the opening stage on Saturday, July 6 to the finish in Paris on July 28.

Organisers also announced details of La Course, the women's race which takes place during the Tour.

This year's race will be a one-day event, covering five laps of the time trial course around Pau for a total distance of 120km.

The route includes the Cote d'Esquillot, which could prove the springboard for a race-winning attack.